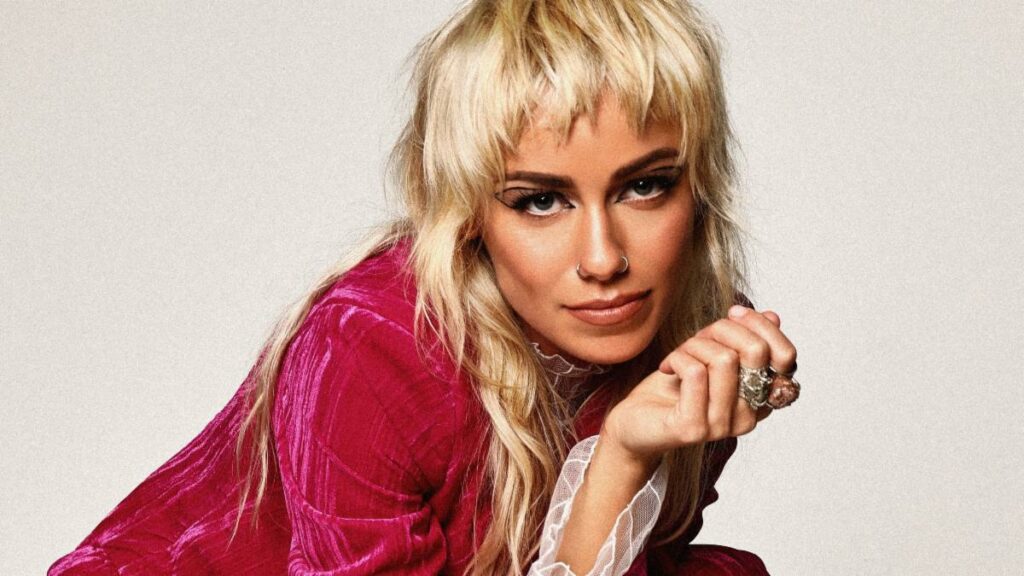 Jenna McDougall, known better as the vocalist of Tonight Alive, has launched her solo project Hevenshe. Blasting off with a soon to be pop-rock anthem “No One Will Ever Love You”, this is a departure from the sound fans know her for, but it’s welcomed either way.

When asked how this project came to fruition, McDougall stated that Hevenshe felt “inevitable – like the potential I’ve always had. She was waiting for me. The blueprint was always there.”

Hevenshe is simultaneously a departure from McDougall’s punk-emo roots and a continuation of her original mission: self-empowerment and emotional freedom. “There’s an element of limitation to being in a band. When Tonight Alive decided to go on hiatus, I was immediately trying to write my own songs and develop something new, without even really knowing or believing that I could. I felt blocked by my expectations and eventually had to surrender what I wanted this project to be. From that place I was able to find my authentic sound. Hevenshe literally feels like what my voice is made for.”
Hevenshe is a self-managed and independently released project on the artist’s budding label PREMA Records. For the first time in over a decade, McDougall is experiencing what it’s like to be an unestablished artist. This seems to excite, rather than intimidate her. “The hiatus combined with the pandemic has been a very humbling chapter of my life. It’s reinforced how fragile and temporary everything is. I’m looking forward to cherishing every moment of Hevenshe.”
“No One Will Ever Love You” brings a level of familiarity & comfort. With 4 years between musical releases, Hevenshe will have you hooked with her signature vocals, relatable lyrics and cathartic compositions.
“I don’t think that Hevenshe is going to be a foreign experience for people who’ve known my previous work,” shares McDougall. With equal parts tenacity and tenderness, this song covers themes of both heartbreak and acceptance, with a message that McDougall was denied to deliver. She agreed this outlet was therapeutic for her & hopes it will be the same for listeners.
“I have always wanted my songs to make a listener feel free, like a weight is being lifted off their heart. If I can alleviate pain or distress for just a moment and provide a soundtrack of liberation for people, I will consider that a great success, maybe more important than any other kind.”
Having been off the road for three years, McDougall says she is “Ready to thrust my creative life into the public space again. I want to perform. It’s a huge part of me and how I experience the world. I love connecting with people, I love travelling and I love performing. I can’t get enough of it! So, I want to make up for lost time.” Certainly no stranger to the stage, Hevenshe will make her debut performance at her hometown’s Crowbar on Friday June 10th, 2022.
With countless songs up her sleeve, “No One Will Ever Love You” is just the start for Hevenshe. “Once I launch the project I want to release music non-stop. I just want to be an active artist again. It was really necessary for me to not be active for a number of years, but now I have at least 3 albums worth of music waiting to be recorded!”
“The birth of Hevenshe is not the death of Tonight Alive,” says McDougall on the future of the band. “We are not disbanding. Individually we’ve all found fulfilment from our personal lives and projects through this time, but having a shared goal is starting to become exciting for us again. We look forward to sharing news with fans as those conversations develop!”
Tags: 2022 Hevenshe Jenna McDougall Music Music Video single tonight alive