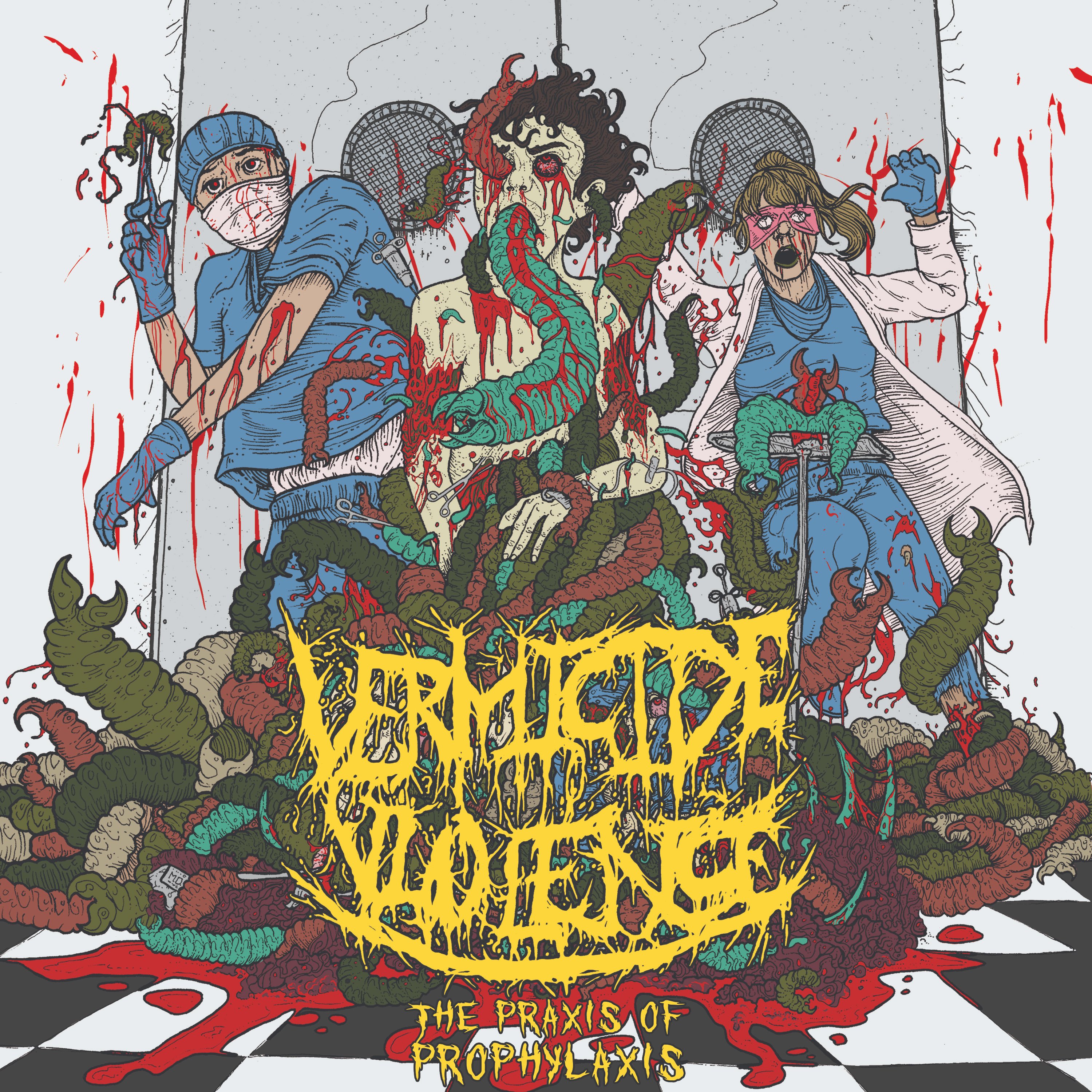 A career I’ve followed very closely over the years is of Jarrod Alonge. This talented media mastermind has had success with both his viral YouTube videos covering the music scene, as well as actually venturing into the scene with his own parody music. He has teamed up with ex-Attack Attack! and current Bilmuri vocalist/guitarist Johnny Franck to record a pop-punk album (Sunrise Skater Kids), an emo album (Canadian Softball), a metalcore EP (Amidst the Grave’s Demons), and a catchall album.

One of the bands on the Jarrod Alonge album is Vermicide Violence, taking on deathcore. The abhorrent “Inconceivable Somatic Defecation,” featuring fellow YouTuber Jared Dines, gave a detailed taste of how gross deathcore lyricism can be. While Jarrod has given his other projects more attention, it’s Vermicide Violence’s time to shine with The Praxis of Prophylaxis releasing on April 17th.

The announcement video plays off with hot takes on the current pandemic, which frames the perfect time to release the album, which promises to “educate you on disease prevention, breast cancer awareness and much, MUCH more.” Jarrod’s parody albums have turned out to be delightful listens, with guaranteed laugh-out-loud moments the first time around and jams to be had on repeated listens. If you like to laugh just as much as you like to bang your head, this is a release to keep your eyes on!