Inhuman Architects have released their long awaited debut record Paradoxus.  Originating in Portugal last year, the band released “Interplanetary Suffering”, which gained massive traction in the underground scene. This resulted in the band signing with Vicious Instinct Records and getting to work on the new record. Pushing beyond the boundary of what one would expect for an extreme metal record such as “Paradoxus”, Inhuman Architects deliver a punishing yet tasteful display of true vulgar brutality. For example, utilizing catchy songwriting while retaining their ground with pulverizing blast beats, and savage tremolo picked guitars. 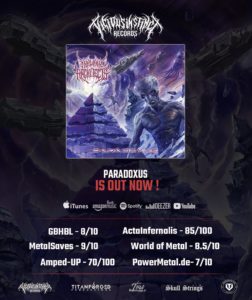 In comparison to other artists in their genre, it’s easy to see what makes Inhuman Architects a unique band. Ditching monotonous tropes, Inhuman Architects carry the torch of their predecessors by using forward thinking approaches in their songwriting. Throwing choppy riff salad passages out the window, and opting for clear and concise structures that connect with the listener and build upon the foundation laid from start to finish is their calling card. Above all, the production is the best compliment to such skilled songwriting, allowing each instrument to shine when necessary. Overall, Inhuman Architects have released one of the better albums of extreme metal in 2021. 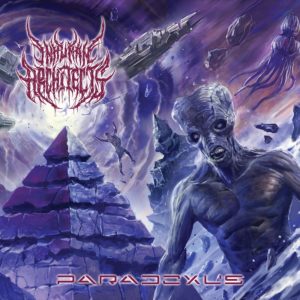