Movies are a great way to escape from reality for a couple of hours. They can take us on amazing journeys and introduce us to new and fascinating worlds. With cannabis becoming more and more mainstream, it’s no surprise that this plant is starting to make an appearance in films. But how is cannabis portrayed in movies? And what does this say about our society’s views on cannabis?

Cannabis has been around for centuries, and it’s no surprise that it has made its way into films throughout the years. One of the earliest examples comes from the 1936 film Reefer Madness. This movie was part of a government campaign to discourage people from smoking cannabis. It tells the story of young people who smoke cannabis and then go on to lead lives of crime and debauchery. As you can imagine, this film presents a very negative view of cannabis.

More recently, we can see cannabis portrayed in a more positive light in films like Cheech and Chong’s Up in Smoke (1978) and Friday (1995). In these films, the protagonists use cannabis to get through their day-to-day lives. While cannabis is still shown as a mind-altering substance, it’s not necessarily portrayed in a negative light. These films give us a more balanced view of cannabis and its effects.

Films that portray cannabis appeared in the early 1900s. One of the earliest examples is King of the Wild Horses (1904), which features a character smoking what is assumed to be cannabis. This film was followed by a number of others that featured characters smoking cannabis, including The Italian (1915), Les Vampires (1915), and Where Are My Children? (1916). In most of these early films, cannabis was used for comic relief or to show that the character was from a lower class. It wasn’t until the 1930s that we started to see cannabis portrayed in a more serious light.

Namely, the 1930s saw the release of a number of films that dealt with the topic of cannabis in a more serious way. These films included Marihuana: The Devil’s Weed (1936), Reefer Madness (1936), and Assassin of Youth (1937). As we mentioned before, Reefer Madness was part of a government campaign to discourage people from smoking cannabis. The other two films took a more balanced approach, depicting cannabis as a mind-altering substance that could lead people down a path of destruction.

In recent years, we’ve seen a shift in the way cannabis is portrayed in movies. Films like Super Troopers (2001), Pineapple Express (2008), and We’re the Millers (2013) show cannabis users as regular people. They’re not criminals or deviants, they’re just people who happen to enjoy smoking weed. It seems that as our society’s views on cannabis have shifted, so has the way it’s portrayed in popular culture. Namely, the sudden rise of THC in gummies and other edible products has been widely covered in the media as well. Movies are just one example of this. As cannabis becomes more and more mainstream, we’re sure to see even more positive portrayals of the plant in films and other media.

The stereotype of the lazy stoner is alive and well in popular culture. But it’s not the only way cannabis is portrayed in films. In the past few years, we’ve seen a number of films that portray cannabis users as regular, hard-working people. Films like The Breakfast Club (1985), Fast Times at Ridgemont High (1982), and Clueless (1995) show cannabis users as people from all walks of life. They’re not defined by their use of cannabis, they just happen to enjoy smoking weed.

These films help to break down the stereotype of the lazy stoner and show that cannabis users can be successful, productive members of society. It’s a far cry from the way cannabis was portrayed in films just a few decades ago.

A Sharp Turn Of Cannabis In Films

Cannabis has come a long way in the world of film. It’s gone from being portrayed as a dangerous drug that will ruin your life to just another part of everyday life. This change is reflective of our society’s changing views on cannabis. As more and more states legalize cannabis, we’re sure to see even more positive portrayals of the plant in popular culture. Namely, the plant was the talk of the town back in 2012 when the film “Ted” was released. The movie showed the plant in a more realistic and mature light. It focused on the comedic value of smoking cannabis and less on the harmful effects that were once thought to be caused by the plant.

One of the most popular genres of film that portrays cannabis use is the stoner comedy. These films usually focus on the comedic value of smoking cannabis and typically don’t show any negative effects. Some popular examples include Harold and Kumar Go to White Castle (2004), Pineapple Express (2008), and Cheech and Chong’s Up in Smoke (1978).

While these films don’t necessarily present a realistic view of cannabis, they do show that smoking weed can be fun and entertaining. They also help to break down the stereotype of the lazy stoner.

Cannabis is also frequently portrayed in animated films. These films usually take a more light-hearted approach to the plant and its effects. Some popular examples include Reefer Madness (1936), Up in Smoke (1978), and Friday (1995). While these films might not be completely accurate, they do show that cannabis can be used for more than just getting high. In some cases, it can be used for medicinal purposes or simply to relax.

Cannabis is also occasionally portrayed in dramas. These films usually take a more serious approach to the plant and its effects. Some popular examples include Requiem for a Dream (2000), Trainspotting (1996), and The Wackness (2008).

Films are a great way to learn about different cultures and lifestyles. They can also be a great way to see how our society’s views on various topics have changed over time. Cannabis is no exception. The way this plant is portrayed in films has changed dramatically over the years. From the harmful effects of Reefer Madness to the comedic value of Ted, cannabis has come a long way in the world of film. And as more and more states legalize cannabis, we’re sure to see even more positive portrayals of the plant in popular culture. 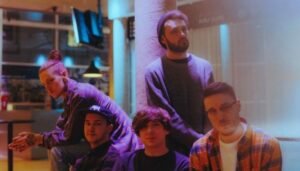 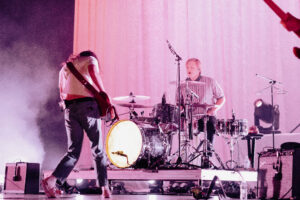