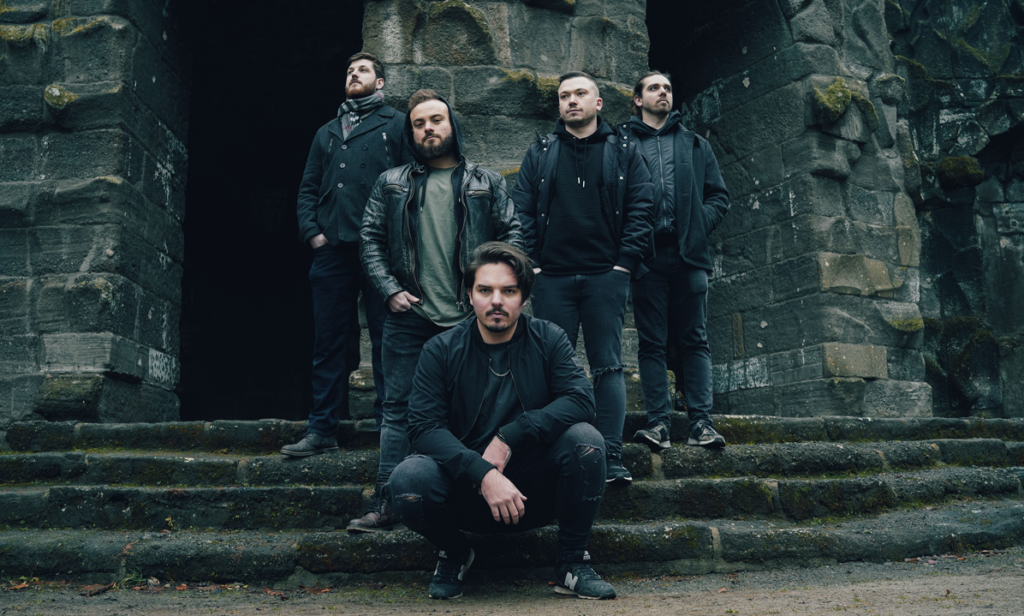 German based metalcore band Let’s Kill The Captain formed in 2017, but made their entrance in 2020 with their song ‘Give Me Up’. The band released a handful of singles such as ‘The Void’, and ‘Lost at Sea’ before releasing their long awaited debut EP titled ‘The Rotting EP’. The EP was released earlier in 2022, and was a culmination of  the band from 2017 to that point. Let’s Killed The Captain wasted no time on getting to work with new music, and a fresh batch of inspiration. The band is revitalizing themselves with their latest release, ‘Hollow King’, marking the beginning of a new era for Let’s Kill The Captain. The group is sporting a fresh new logo, aesthetic, and new merchandise designs as Let’s Kill The Captain helps push modern metalcore to further levels. ‘Hollow King’ is the band’s heaviest release yet. Impeccable songwriting accompanied by high energy vocals, and emotional drive amplified by a haunting background orchestra. The song escalates into an earth shaking heavy breakdown that will impress the most seasons metal listener. ‘Hollow King’ was released with an atmospheric music video that help elevate the song’s, and the band’s evolution. Let’s Kill The Captain has even gained the attention of Attila’s Fronz! Fans of modern metalcore and old school metalcore may find something to like about Let’s Kill The Captain. Let’s Kill The Captain is Fynn Schille (vocals), Marius Böhmer (guitar), Adrian Sturm (guitar), Dag Schiller (bass), and Frederik Böhmer (drums).