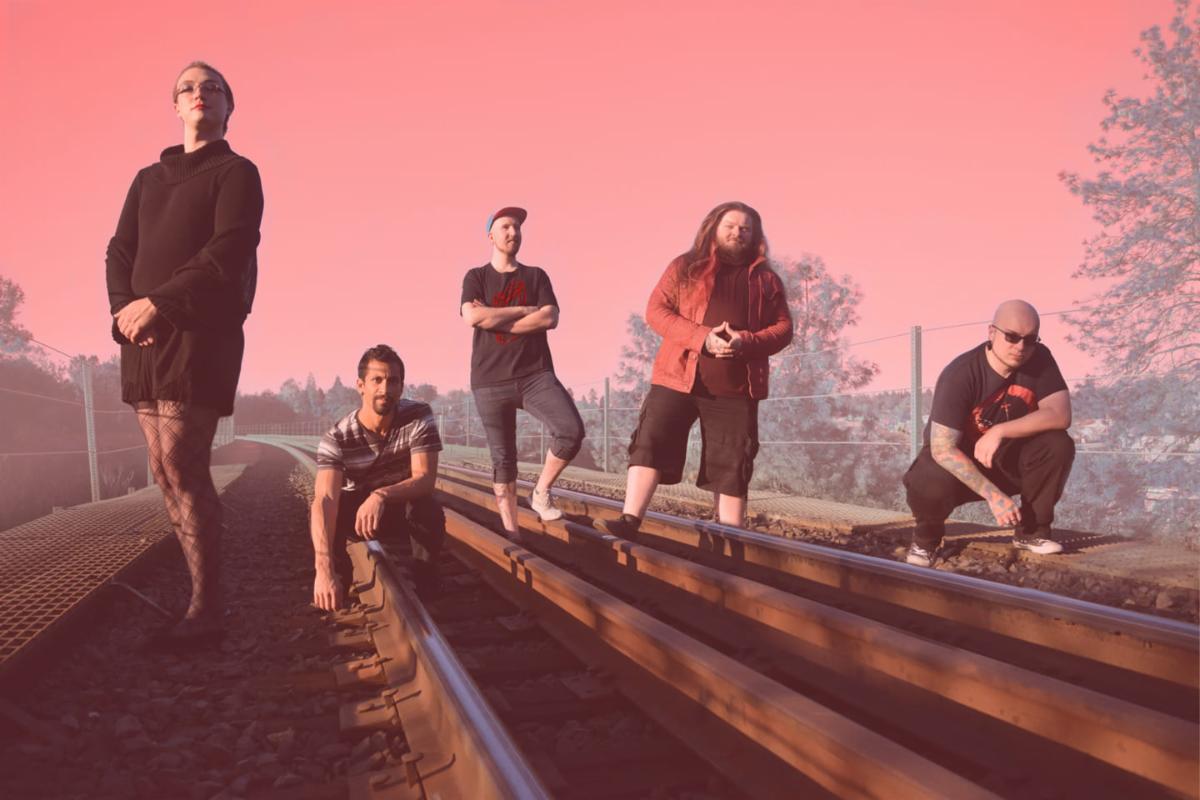 Hailing from Sacramento, Enso Anima is a post-rock band both dynamic and focused, constantly driven to seek new avenues of expression, yet retaining solid roots in passionate and creative experimental hardcore. The resulting sound is as cohesive as it is diverse, aimed to provide a means for people of different backgrounds to come together and enrich each other’s lives through collective energy. They have one statement they focus on throughout each release: “you are not alone”. “Harlequin Ichthyosis and the Man Who Thought He Was A Tree” was the first single from their “Cardinal Winds” EP, demonstrating the band’s ability to explore different genre elements while staying true to their unique sound as a whole. The song made quite an impact – the lyrics display the band’s enlightening and uplifting point of view about the circular nature of the universe, bringing all experiences together as a whole.

We’re thrilled to sit down with members Tory and Nick for a track-by-track look at “Cardinal Winds” (streaming here) and the music, events and emotions that inspired it!

Tory: Although this song was written long before the pandemic, I think it represented perfectly the struggle so many people felt. It kinda jumps right in with a sense of urgency and concern, falling into an uncertain disillusionment, while the lyrics join in with a calm yet melancholy understanding. This continues into a sense of reassurance, until it falls into a desperate plea for help. It repeats this cycle, while simple understanding transforms into a reconciliation between hope and morbidity. People need each other, and we can so often be pulled apart while those at the top remain virtually unfazed by our struggles, if not multiplying their wealth because of them. But in the end we need to remind ourselves, and each other, that we are not alone. We will always have each other so long as we aren’t afraid to reach out.

Nick: This song is named for the metaphor of corrupt corporations sitting like kings and queens “ruling” over society. This is about how our modern culture has formed classist societies that promote greed over connection with others and keep people in a state of deficit for the sake of power, and we wanted to shine more light on that idea.

Tory: I fell in love with this cover immediately, the energy of it and the message. The meaning of the original track, Hips Don’t Lie, is pretty straight forward, the body doesn’t lie. In our cover we introduce it into another realm, and that is body positivity, particularly acceptance of the transgender community. When someone transitions, they are accepting themselves for who they are, and you can see it in their body language and how they carry themselves.

Nick: This one was a cover so we didn’t get too original with the name. We wanted to cover this song particularly because it’s so much fun to play and listen to, which is something we want to have more for shows especially. Shane started playing the main melody on guitar and we chimed in and eventually thought we could do a serious cover of it haha! Dan had an acoustic version of it that he showed us, and we wanted to try writing full instrumentation and vocal harmonies to it, while giving it plenty of room to breathe and sit in a groove.

“Harlequin Ichthyosis and the Man Who Thought He Was Tree”

Tory: I really like this song, just its overall energy. When I listen to it, and play it, I see a  scene of extreme, chaotic denial. Through the entire song there seems to be an unnerving, and failing struggle with acceptance. I love the lyrics, and think it was a perfect song for a lyric music video.

Nick: The name comes from a birth defect called Harlequin Ichthyosis which forms thickened, cracked skin all over one’s body. It’s been described as having a tree bark look to it sometimes. This one comes from the idea of feeling ugly and repulsive to oneself, and in ones affect on those around them. It’s very much an expression of the struggle for self acceptance, and lack thereof. If I remember correctly, Whit brought the base for this song to the group, and there were a fair amount of parts to it that we sort of formed around the vocals and Whit’s guitar parts with our own flare.

“Beast and the Machine”

Tory: I think most people have dealt with internal struggles at some point or another. Whether it’s cognitive dissonance of morals or beliefs, or conflicting views of who you are as a person, we have all had them. Often these struggles can be between how you feel about something, and what you know, or have learned about it. Eventually only one of these sides will win, the beast, or the machine. I think whichever side is “better” is really pretty subjective, however in many cases following your mind can lead to a hardening of your heart.

Nick: This song is about two conflicting characters in a story who are opposite in nature. One is precise and calculated, and the other is more intuitive and flowing. This song is a sort of prequel to our song First Flight from our album Instability, which tells a story of an android and animal-like thing being in constant conflict, only to realize they should be living symbiotically by the end. This prequel is about how they once were united and how their falling out happened. The characters are actually a metaphor for the two sides of ourselves that dictate intricate thought/analysis, and the intuitive one that goes more with a natural flow of energy. For this song, I believe Whit was tinkering with a chord progression from First Flight and played it in an arpeggiating pattern. At the time we were also toying with Hips Don’t Lie, and I tried out a similar reggaeton drum beat over what he was doing. The rest really fell into place pretty quickly, and I requested that we put a classic style breakdown towards the end haha.

Nick: This track was a change of pace (at the time of writing it) from what we were doing, by making something upbeat and fast. Since it’s pretty active for the instrumentalists to play, it stayed an instrumental song until we had our vocalist Dan write lyrics to it. Then it kind of took on new meaning as it shined a light on the bitter attitudes we learn to take on and the cultural impact of that mindset. At the same time it offers this hint at remembering a more open flowing way of living, one that we may have abandoned as kids, especially in the line “let it flow, what is natural so close to home.” This song is all around just a good time to play now, but when we were writing it, it was kind of a “limit break” for all of us. I’m pretty sure somewhere on social media circa 2017 there’s a video of us playing it slowed down to a click track while we were getting it up to the right speed haha!