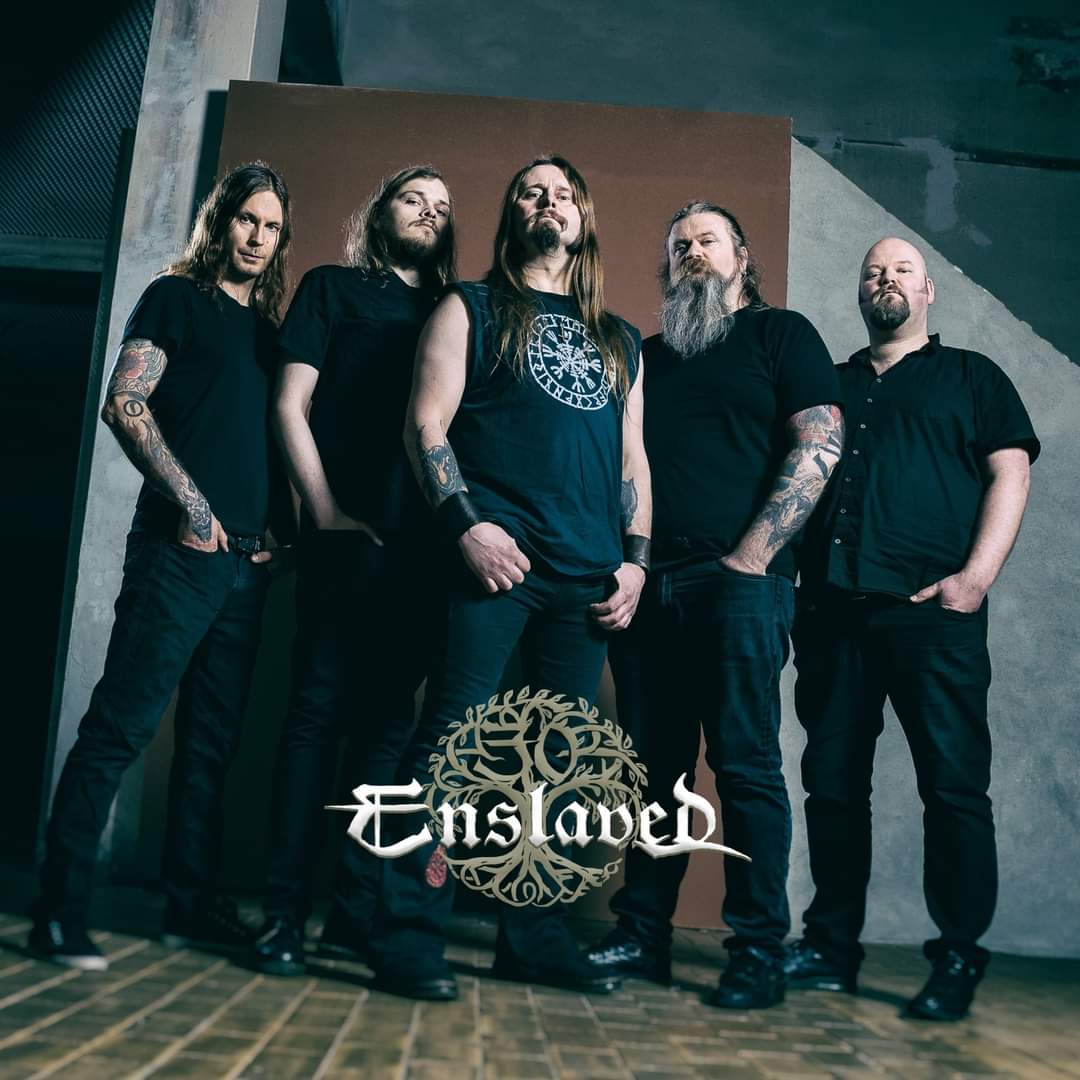 Legendary progressive/black metal heavyweights Enslaved have released the live video for their track “Fenris”, off of their upcoming live album. This release will be the first part of 4 live release records the band is planning to put out, with this one being a list of fan picked favorites. You can watch the video below.

Enslaved’s Grutle Kjellson commented,
“Fenris was perhaps the first song we wrote that got a massive encore demand, and before we actually had a lot of songs to pick from, we even played it twice during a set… haha. So, since all the songs on the Chronicles of the Northbound set was handpicked and voted for by our fans, it wasn’t a big shock that the grand old wolf was among the chosen ones.

Fenris has been present on many of our setlists for pretty close to 30 years now, and it is still a great song for both ourselves to perform and for the audience to absorb. It’s a very energetic song, and its lyrical concept deals with letting the energy flow naturally without trying to enslave (bish!) it. The consequences can be fatal if you keep the wolf in captivity for too long. Let loose your inner wolf, the inevitable tide, and enjoy!”