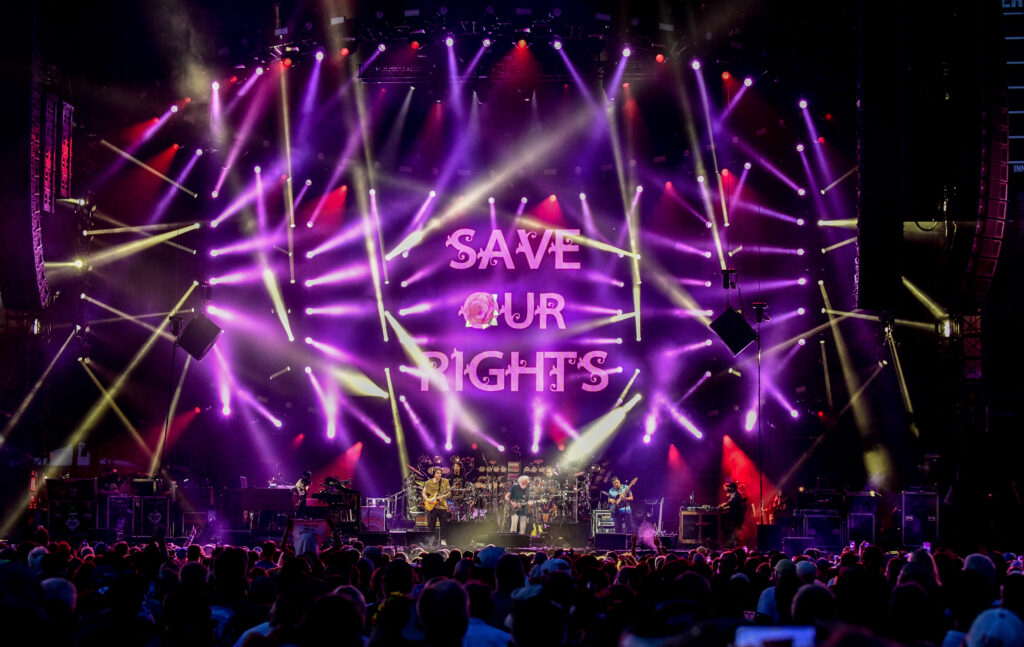 Dead and Company returned to Wrigley Field Friday night for the first of two performances in Chicago and from the first song, “Man Smart, Women Smarter” it was clear the Supreme Court decision to reverse Roe vs Wade weighed heavily to influence the evenings selections.  In addition to the visual references of women’s rights graphics and protest photos projected behind the band. During “Throwing Stones” Weir specifically referenced the Supreme Court decision.

While both Bob Weir and John Meyer (guitar, vocals) had both performed in Chicago in recent months it was a treat to catch both of them on one stage along with Dead co-founder, drummer Mickey Hart. Rounding out the band were bassist Oteil Burbridge, Jeff Chimenti (keys) and drummer Jay Lane filling in for Bill Kreutzmann who did make an appearance for Not Fade Away and Drums.

The evenings song selections consisted of twenty songs covers from the Grateful Dead catalog including Bertha, Dark Star, Brown-Eyed Women and Truckin’ among others, interspersed with covers by the Beatles (Hey Jude) Traffic (Dear Mr. Fantasy)  Merle Haggard (Sing me  Back Home) and Miles Davis (All Blues)

The performance stretched for almost three hours on a beautiful summer evening. Friday night, Wrigley Field was the place to be!

Eyes of the World

Next Time You See Me

Sing Me Back Home 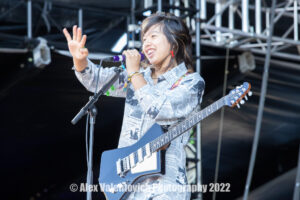 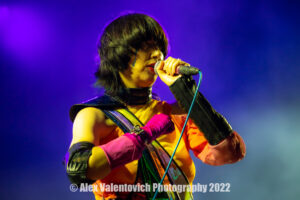