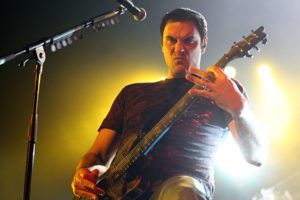 It’s been six years since the band’s latest album, ‘Dear Agony’ saw release, and some people were wondering if another album was ever to come (myself included).

The band were inactive from the middle of 2010 to the first half of 2014 due to Benjamin Burnley’s reoccurring illness, as well as the legal issues surrounding the band. But in 2013, Burnley announced he had retained the right to the band’s name, and would be continuing on with a new lineup.

After a seemingly successful acoustic tour, Breaking Benjamin have announced their first shows back in full force with a number of festival appearances. Now announcing the release of their upcoming fifth album, they will also be releasing the first single from the album entitled ‘Failure’, which will be released on March 23rd.

You can hear a teaser for the new single below.