Black Adam is best thought of as a simple DC film, kicking off their new anti-hero played by a massive name, but not a deep film in the slightest.

Following Black Adam, a former slave given powers and woken up 5,000 years later to see his home land changed and taken over, we get a little origin story for our character. The origin here plays out nice and is done throughout the film taking us between current day and old times to explain how things came to be. Its also kept simple and never done as a prolonged section which helps. Soon though our anti-hero must fight alongside the “Justice Society” and the civilians that saved him in order to save his home land and the world.

One issue here though is the film doesn’t exactly know where to go tone wise. It wants to be dark and serious but also comical at times. Black Adam completely murders and destroys people in brutal ways but we also feel the need to root for him (Dwayne Johnson being so charismatic doesn’t help us want to go against him though). Our final fight and enemy of the film however will go down as possibly the most underwhelming climax moment of 2022. For someone who is a massive demon with a pentagram on his chest the fight is over almost as fast as it begins.

Aside from The Rock though our supporting cast helps out greatly here. Pierce Brosnan is an seasoned veteran and wise as Doctor Fate while Aldis Hodge proves himself as Hawkman. Sadly Noah Centineo and Quintessa Swindell as Atom Smasher and Cyclone feel under used and like they are mainly background characters for scenes. The Justice Society holds the film togethers and gives us many big action scenes to help pad the 2+ hour run time. Without them the film would fall apart. Its just sad that they all feel like 2 bit rip offs of other heroes that we’ve seen on screen. Doctor Fate is fun but feels like Doctor Strange, Atom Smasher is a boring Ant Man and Cyclone is a boring Storm from X-Men.

Overall though Black Adam is fun and dumb. It has over the top all CGI action, a charasmatic lead, solid human and superhero support that balances out a mediocre story and awful final villain. Seeing as how Black Adam is setting up a lot in the DCU I feel at least its half on the right path vs what it was years ago. 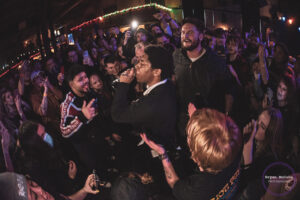