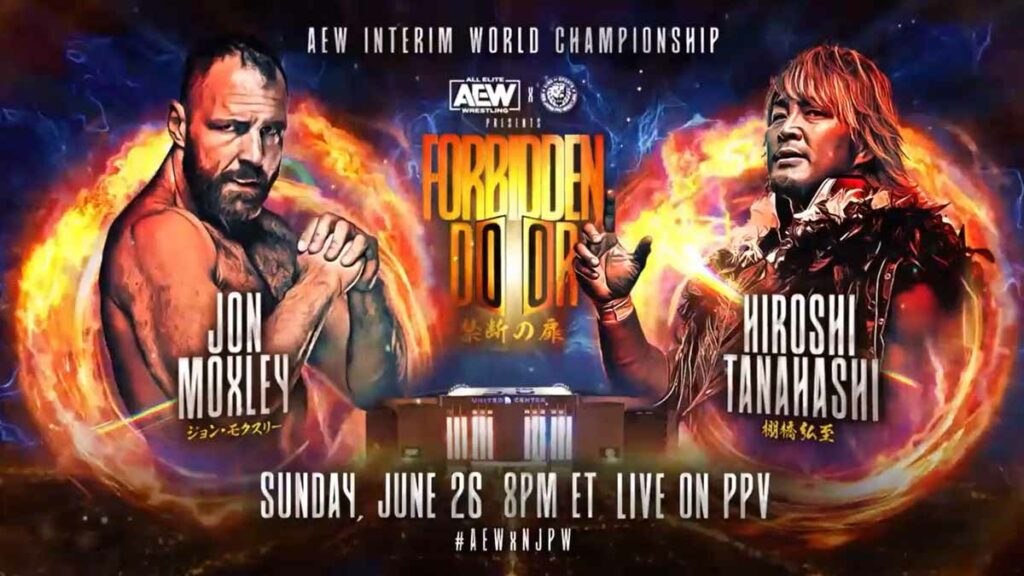 QT and Solo continue to show how they are just fantastic workers in ring and can work with anyone. Crowd was into the match and also behind NJPWs Bishamon. Great back and forth and a really fun opening event pre show match.

A decent match but nothing special. Lance is currently useless in AEW as he isn’t being done with anything. Nick is pretty much a fall guy here. Some good but sloppy moves here.

A decent match that could have been more. I know we are building towards Swerve and Lee splitting but this could just like it fell short.

A quick almost comedy match. Assboys ran out after Danhausen debuted a new song so it was Billy Gunn and Caster the entire time. Nothing special but nothing bad.

Once it picked up this was a very entertaining tag match. Expecting Jericho to win because it’ll lead into Blood And Guts more made this easier to do. Shota and Suzuki were both great and the crowd loves them. Eddie is super over with the fans too and Sammy sadly for being such a fun spot guy is just dead in the water character wise.

FTR with the injury felt like maybe it threw the match into a slight slow down to recall things. It picked itself back up great with a lot of fantastic spots between all teams. A lot of close calls and putting the belts on FTR was just the right move.

A chaotic nonstop action 4 way as expected. Tons of close falls and Connor was given time to shine and have his moment which was good. Match could have went any 3 ways but PAC makes sense as he’s a day 1 guy and I see the belt changing hands semi often.

Stings opening to this match ruled. Match itself was fun but nothing special. Bucks were more goofy than spot fest. Darby took a bunch of hits. Phantasmo was just okay but Shingo getting the win was pretty good. It was just a bit too goofy in parts when it didn’t need to be.

A decent match but Rosa dominated almost all of it. Felt odd to have Toni, who could be a legit threat for the belt or champ, to be walked over so much in the match. Rosas title run has been lackluster at best sadly so Toni as new champ would have been fine.

A super fun match that built its way up and had the crowd eating out of its hand. Both men had fantastic moves and Ospreay moves like no other in ring. Cassidy gave it his all and kicked out of so much to stay in. So many close falls between these two where the match could have went either way. This is one that will be spoke of for some time.

It was great to see Claudio debut here and the crowd loved it. Plus he seemed genuinely happy to be here. This was a good match that just went a little long. ZSJ is known as one of the best technical guys in the world and Claudio mixed that with his brute strength. Went a little long and felt like it lost the crowd in some spots but it was still a really good match between two great guys.

A good match that almost had too much to deal with. Page and Okada are both fairly big and protected so you knew they weren’t winning or taking a pin. Cole seemed hurt so that caused a quick awkward pin to finish the match which was a disappointment. Still had a lot of fun moments and parts that show what could be if we get Okada back in AEW.