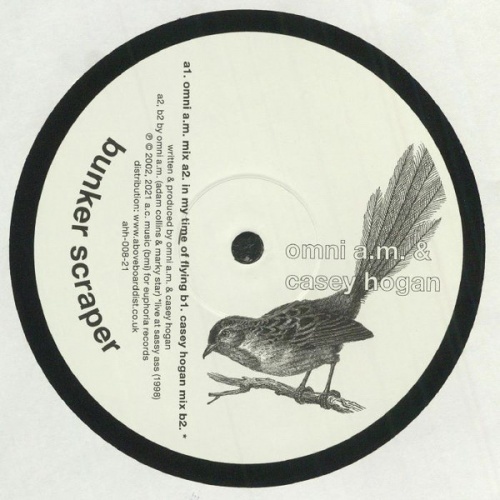 Some of the 2021’s top albums delved into the depths of various emotions and themes such as love loss. Moreover, it reflected on obsession, redemption, familial bonds, isolation, and even exploration itself. Some singers, like Miranda Lambert, mirrored their year-long hiatus from the stage by adopting a more pared-down approach to their songs. Those who followed in the footsteps of Kanye West were able to fill stadiums and produce art of the most monumental scale. All year long, these were the songs we listened to over and over again.

However, there are some of the best albums you might have missed, and this article explores them.

Rarely a day goes by that a ridiculously costly tech-house album isn’t re-released. One of the 2021 most welcome and vital releases was the remastered edition of Omni A.M. ‘s Bunker Scraper on Euphoria Records. It’s no surprise that Bunker Scraper features Casey Hogan from Florida, a master of the technique. Omni A.M. recorded “In My Time of Flying,” a true tech-house anthem. In a single take during one of their live PA performances in the late ’90s and their two mixes of the album’s title track.

Navy Blue, the stage name of Brooklyn rapper and skateboarder Sage Elsesser, raps with calm patience. His rhymes ooze out in amorphous word clouds rather than couplets. You’ll never get tired of hearing Elsesser rhyme over dusty soul samples. It features delicate piano chords, and whiny, screeching saxophones as he tells the story of his family’s hardship. Moreover, his struggle to find redemption, and the joys of love. Navy Blue appeals to what he wrote since it spoke to his feelings. In the lyrics, he explains he was at a low point in his life, but he got it through with God’s mercy. But now, he is just a lonesome scarecrow in the fields.

Kanye West’s 10th studio album, “Yeezus,” may have been overshadowed by the rapper’s divisive public persona. But that would be a shame since it is an energetic and thrilling work. Ye’s new album, which is titled after his mother, explores his religion, impending divorce, and family in a broad sense. Moreover, an ambitious 27-track effort in the wake of a series of public listening parties. However, despite its length and controversy, the album’s greatest strength is its tremendous lineup of guests. Ranging from the Weeknd to Jay Electronica, and Kanye West’s. Remarkable aspect is the outstanding ability to transform this abundance into a musical experience that is both spiritual and magnificent.

Instead of being recorded in Nashville’s studios, this album by the duo of Lambert, Ingram, and Randall was recorded in the desert of Marfa, Texas. You can hear beer cans cracking open and aircraft soaring above. It features astonishing triple harmonies, beautiful fingerpicking guitar work and an indescribable feeling of community delight. Three friends discover joy in simple pleasures, such as fresh tomatoes, and relief from the agony of grief.

Still Over It, Summer Walker

Like any real R&B diva, Walker’s music is powered by sentimental melodrama. Her second studio album is no exception to her superb work. Walker uses Still Over It as both a conversation and a catharsis. It responds to rumors about the adultery of a previous boyfriend. That is, London on da Track, who is the father of her daughter and a producer on many of the album’s tracks. It’s the kind of breakup record that will go down in R&B history as one of the greats. Heartbreak has never sounded so beautiful, thanks to a soft, sultry voice and witty misandry.

To Hell with It, Pinkpantheress

PinkPantheress’s digital-age debut mixtape is the best place to start if you’re looking for a taste of the future. The 20-year-old musician draws on old-school house and garage sounds. Her dreamy, evocative dance tunes, boosted by her smooth, angelic vocals. Despite the album’s short length, her ability to conjure a mood in two minutes or less is on full display.

From her work with Holy Tongue’s live drum dub group to her post-punk collaboration with Raime, Moin, avant-garde drummer Valentina Magaletti’s experiments into leftfield dance music have been exhilarating. As of right now, she may be most excited about her collaboration with Joo Pais Filipe and producer Leon Marks, CZN. Rhythmic and sonic experimentation focused on their 12-inch for Vladimir Ivkovic’s Offen Music label. An early morning dance tune, “On An Asset Tip”. It descends from live rhythmic seance to an otherworldly ambience. In just 16 minutes, he manages to sound nothing like anything you’ve ever heard.

Known for his caustic humor and downtempo rhythms, rapper Staples returns with his self-titled fourth studio album, Long Beach, Calif. He completely embraces the aspects that have made him a cult favorite in the indie rap scene. Featuring all of Kenny Beats’ work, this ten-track LP is the most personal look at Staples as both a man and an artist. Thanks to his close buddy and hip-hop producer.

Traveling down the coast with Promises is like driving through an ever-changing panorama. With mountains and rivers rising out of the haze. Together with the London Symphony Orchestra, the unusual pairing of Sanders , an Arkansan free-jazz musician, and producer Floating Points , an English electronic music artist, create a terrain of reverie and chaos. Jazz, classical, and ambient elements come together in a magnificent way to create something entirely unique.

In the future, when I reflect on the year 2021, I’ll wish I had a soundtrack to accompany my reminiscences. Ultimately, these albums are just that.