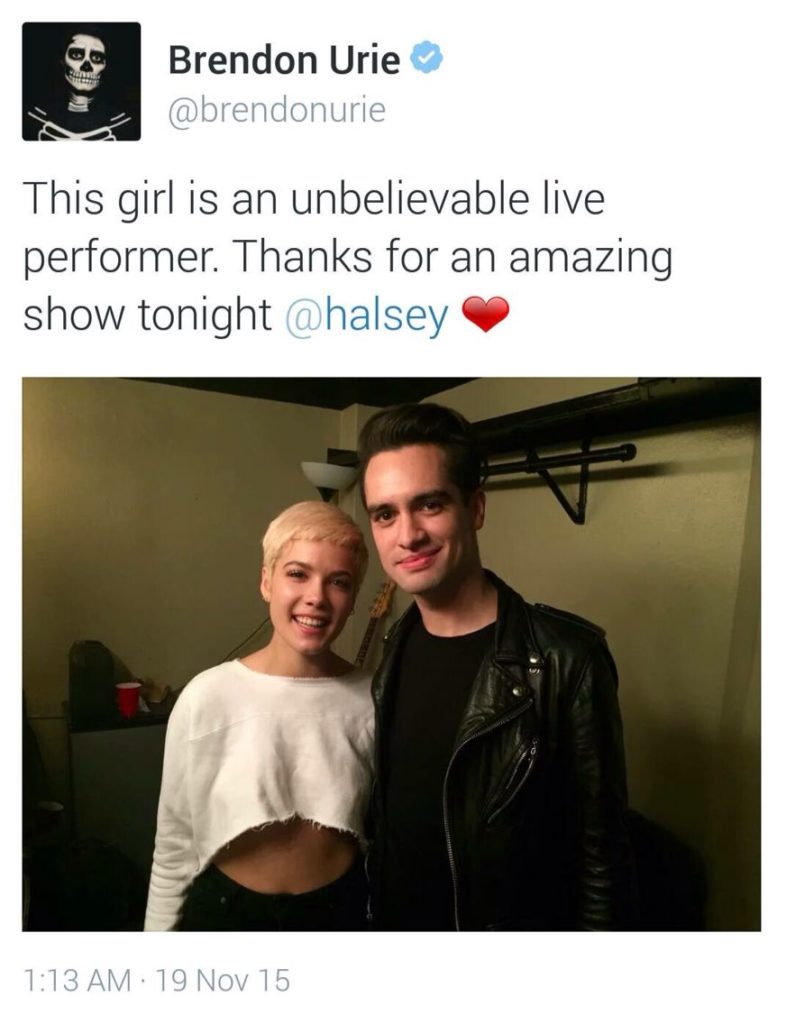 This isn’t the first time the two have collaborated.

Panic! At The Disco and Halsey recently performed together at a huge event. In a spectacle you could only have witnessed if you were in Mexico City for the Corona Capital Festival a few days ago, the pair joined forces to perform “I Write Sins Not Tragedies”, a song that Halsey herself has said multiple times she grew up listening to. You know, like most of us.

The video of said spectacle, which you can watch below, took place on a star-studded lineup that also included Nine Inch Nails, MGMT, and many more. Despite how well known Halsey may be now, especially after her sophomore record dropped last year, there’s nothing quite like performing with one of your favorite musicians.