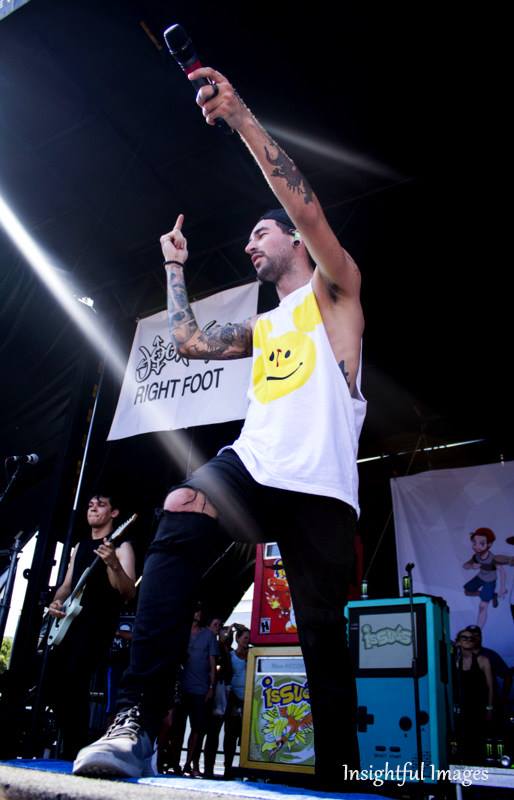 On their 2nd full-length album Headspace, it’s clear that Atlanta, Georgia’s Issues have come into their own in a multitude of ways, but especially by improving their songwriting, and increasing their overall sonic palette. Showing more pop, R&B, and soul influence than ever before, the band has serious crossover potential into the mainstream, given just how addictive their music can be. If you think they’ve gone soft (silly as that may be), you only need listen to “Blue Wall”, a fiery moshpit-inducer that calls out crooked cops who use their racist ideals to oppress minorities. That will surely set off at live shows (given that it’s one of the songs they’re playing at their Warped Tour set all summer).

Speaking of their Warped Tour setlist, the band recently played the Orlando date a few days ago, and someone was able to capture the band opening with the theme song to…Pokemon? This is a real, awesome thing that happened, and apparently they’ve been doing this all summer. It’s great to see a band I enjoy paying homage to one of my favorite video game series ever. Check out the video below, and stay tuned for all of our Warped Tour coverage this summer – the photo above was taken by our very own Sarah Lucas.