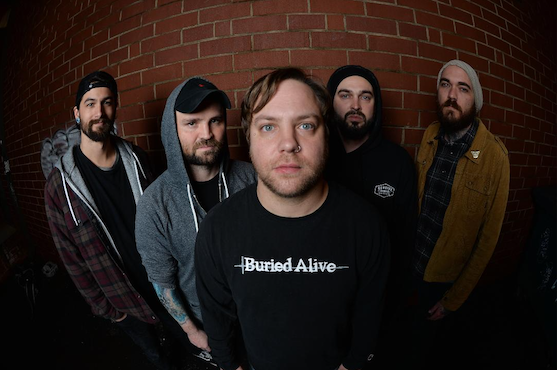 Charlotte metallic hardcore band Violent Life Violent Death will be performing shows in the Southeast this summer in support of their newly released EP, Sadness Rains, that’s out now on Innerstrength Records. In anticipation for the shows, the band has dropped a new music video today for their single “Choke”. Watch the video below and catch the band live!

“Lyrically, Choke touches on the darker side of humanity” says vocalist Scott Cowan. “You really don’t know some people like you think you do, especially in dealing with what goes on behind closed doors. It also calls out our manipulative and selfish tendencies through our interactions with others and the world around us, even to the point where we intentionally cause pain and hatred in order to twist things to our advantage.” Guitarist Joseph Benham describes the song’s musical element, stating “Sonically we wanted to mirror the sentiment described in the lyrics, keeping the overall tone dark and bleak with hints of desperation at the hands of unbridled power.”

VIOLENT LIFE VIOLENT DEATH broke out on the Charlotte hardcore/metal scene in mid-2016, viciously summoning influences reminiscent of Zao, with an in-your-face, chaotic, Every Time I Die-like edge.  The band has two releases under their belt; V-EP (2016) and Come, Heavy Breath (2018) – two standout releases that showcase the band’s energy.