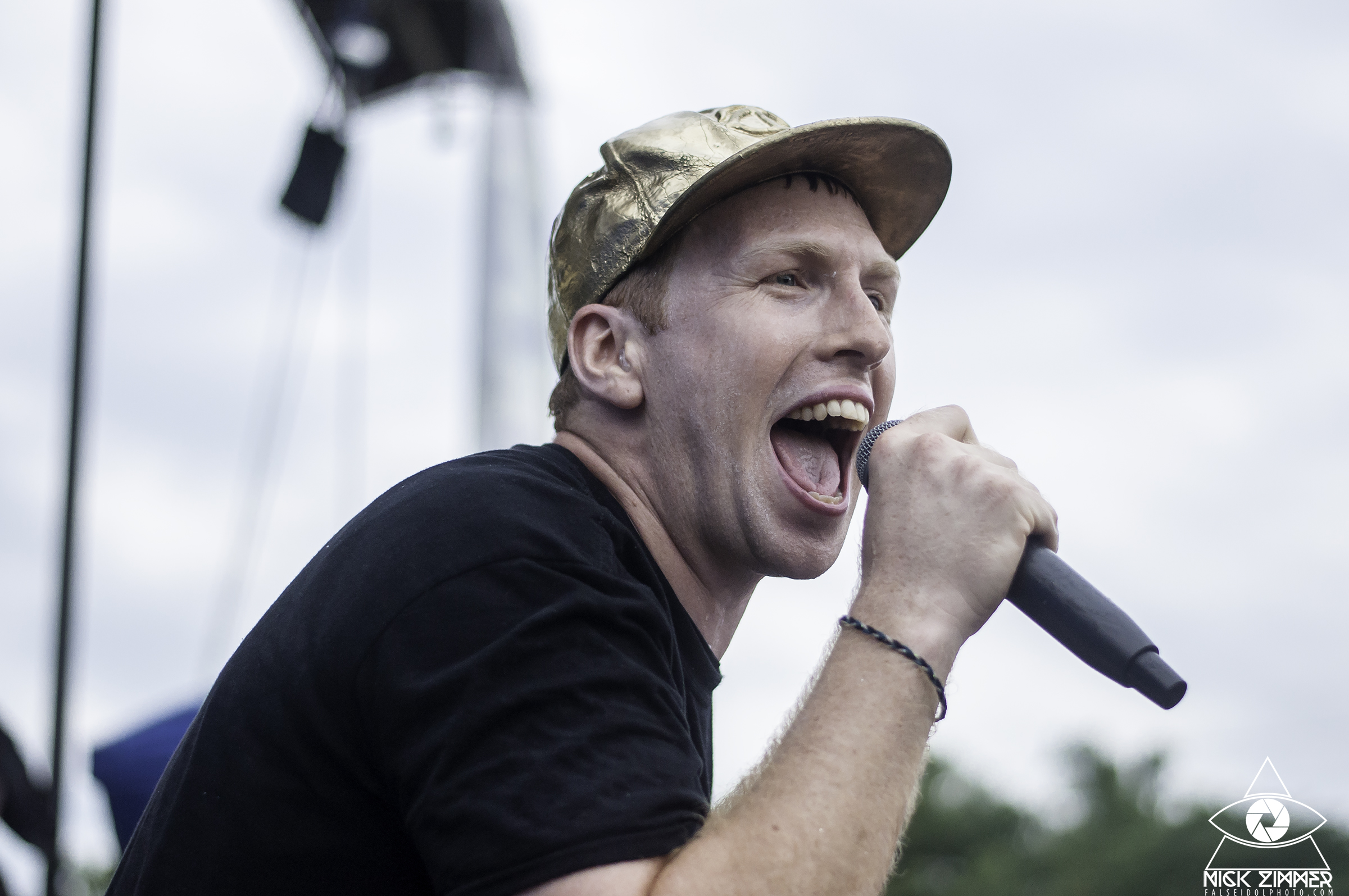 Want to know what happens when you send two people to the Vans Warped Tour in a new city?  Read more after the jump to find out!

We started our day off by watching Citizen, who had been bumped to the main stage.  The crowd poured in quickly and it was nice to see such a large amount of people getting in early for them. They opened with “The Summer”.  Maybe it was the change in scenery (going from Warped Tour in FL to TN) but the sound was fantastic. They ripped through hits from Youth as well as their new album, Everyone Is Going To Heaven.

After Citizen, we made our way over to The Acoustic Basement to catch Grey Gordon. There was quite a bit of controversy surrounding the tour and specifically this stage (Google it) and Grey spent a large portion of his set speaking about keeping shows safe for everyone. He only played a few songs, but they were definitely enjoyable. If you’re not listening to him yet you should be.

This Wild Life are a band that I hadn’t had the opportunity to check out yet. The acoustic duo had control of the crowd from the moment they took the stage and had everyone singing along with them. It was a positive experience seeing them on a large stage so I can only imagine how fun it would be to see them in an intimate setting. (N)

We headed over to the Journey’s stages to catch Knuckle Puck.  Not only did their set run a little early but everything got shut down due to a thunderstorm so we were only able to catch 2 songs. Weather – 1. Warped Tour – 0.

They evacuated everyone to the grandstands of the race track at the Fairgrounds while the storm passed.  Everyone got rained on for nearly an hour before they opened back up.  The schedules were a bit off for the rest of the day but we were able to catch most of the bands that we planned on.

After the rain delay we made it back over to the main stage to catch Man Overboard. The band opened with “Dead End Dreams” and seemed to really be enjoying themselves. It was nice to see them play tracks spanning a very large portion of their discography and closing with the fan favorite “Rare”.

August Burns Red have been a Warped Tour staple for quite some time now and have become a band that I don’t ever pass up the opportunity to photograph. They’re one of the most intense live bands in heavy music and never disappoint. (N)

I made it a priority to finally catch I Killed The Prom Queen.  The band has been through a myriad of changes throughout the years and for some reason or another I was never able to catch them live. I made my way to the Monster stage only to find that it was completely surrounded by mud.  This didn’t phase the band as Jona and Kevin spent several songs playing in the middle of the crowd.  It was one of the most memorable experiences I’ve every had at Warped Tour. (N)

Moose Blood are gaining a lot of attention and rightfully so. It’s been a long time since I have heard a band sound so tight live, especially in a festival setting. They gave me a very Brand New type vibe and that is a fantastic thing. I’m looking forward to them touring the states again. (N)

Pup got to celebrate Canada Day with us. They have one of the most energetic sets you’re going to catch at Warped Tour. They’re one of the favorites on this tour as they had members from all sorts of bands watching their set from the crowd. Do yourself a favor and catch their set, you won’t be let down.

Senses Fail had the most tropical set of the day. Despite all of the mud they attracted quite the crowd over to the Monster Stage. They sounded as heavy as ever, even with their older songs being thrown into the set. They also played “Take Refuge” live for the first time. Go pick up their new album Pull The Thorns From Your Heart.

Asking Alexandria aren’t a band I listen to but have seen several times. In passing we were able to catch one song and all I took away from it is that they are much better off with Denis as their vocalist. (N)

Warped Tour is supposed to be about having a good time and there isn’t a better example of fun than Koo Koo Kangaroo. While only catching the end of their set, it was still awesome seeing how much they interact with their crowd and how much dancing there is. They play sing a long songs for adults. You truly can’t describe their performance, it’s something you need to experience live.

Handguns were dealt a real bad hand when their drummer quit around the start of the tour. Instead of just dropping the tour, Brandon and Tyler are playing acoustic every day. Even though they’re playing as a two piece they still managed to have an energetic stage presence and got the crowd involved with plenty of sing a longs.

The last set of the day for us was The Wonder Years. Just this week the band announced their new album, No Closer To Heaven, and dropped their new single “Cardinals”. The band performed the song for the first time ever and it sounded great, even if they hadn’t practiced it as Dan “Soupy” Campbell told the crowd. After telling the crowd everyone needs to visit the Lee Corey Oswald tent to pick up some zines and literature on safety in the scene, the band ripped into “You’re Not Salinger, Get Over It”. It was a little odd not hearing any songs from The Upsides but that’s due to their set being cut a song because of the earlier storms. 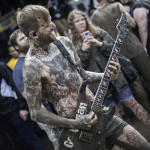 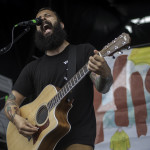 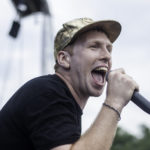 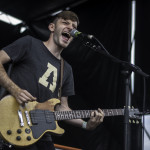 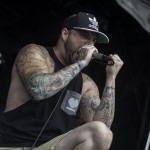 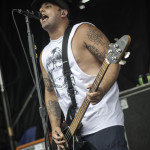 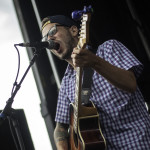 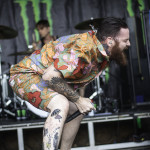 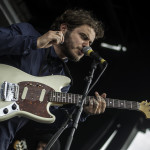 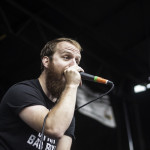 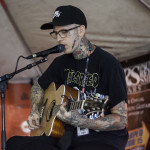 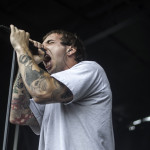