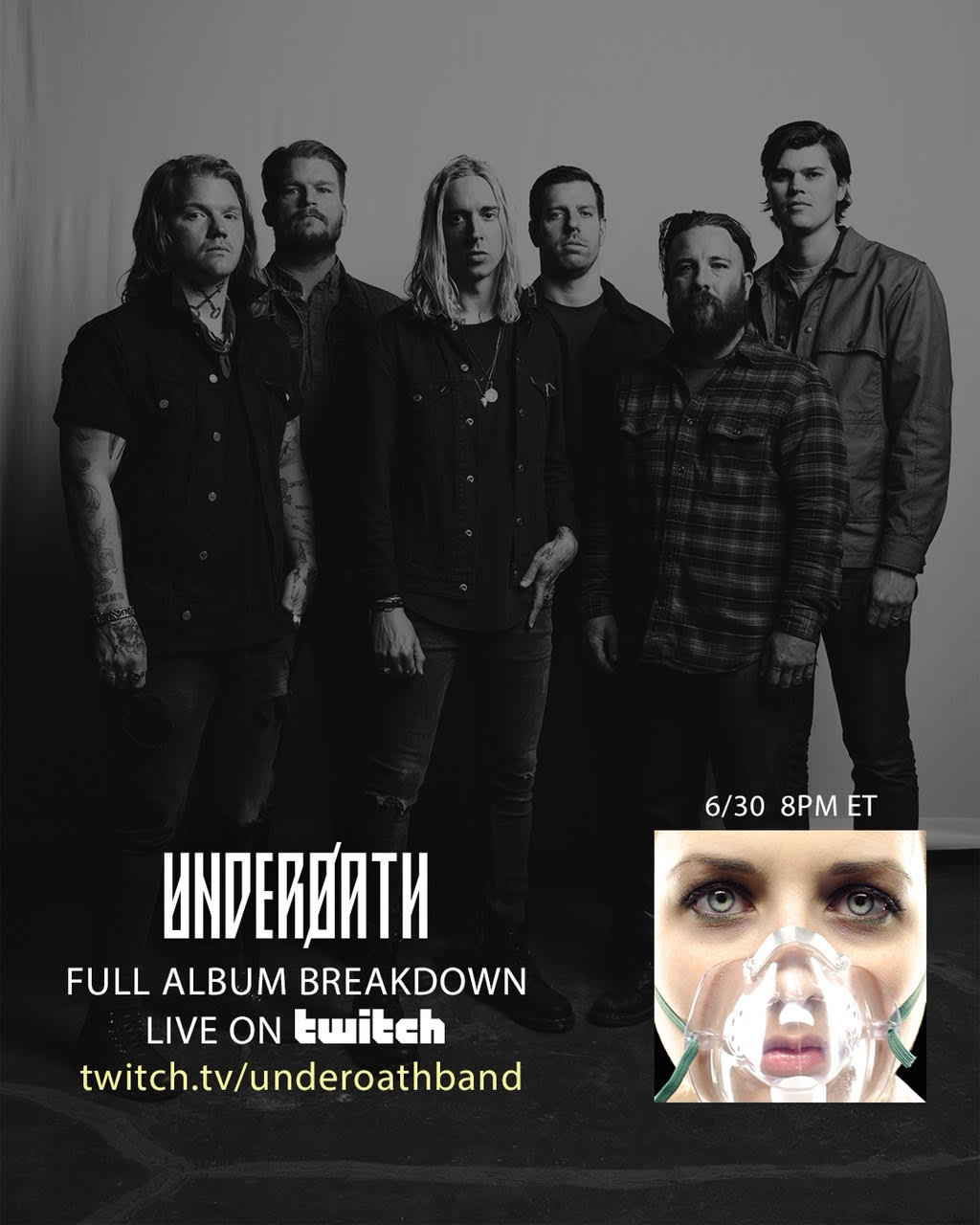 Earlier this year, critically adored metalcore band Underoath launched a weekly series on their Twitch channel. During the episodes, the band streams an album from its catalog in full and goes into detail about the writing and recording processes. This week’s live episode kicks off at 8pm ET on Tuesday, June 30th, and will boast an in-depth discussion of 2004’s landmark They’re Only Chasing Safety. This album was a monumental milestone in the band’s honored and infuential career. It’s the album that introduced me to them and sparked my love for Underoath, and we’re sure that’s the case for many others as well.

Guests include Chasing Safety producer James Paul Wisner, Aaron Marsh of Copeland, Matt Carter of Emery and the Bad Christian podcast, Shane Told of Silverstein and the Lead Singer Syndrome Podcast, Josh Scogin of ’68, and Julie McCadon, whose face appears on the album’s cover. All episodes feature producers, artists that Underoath have toured with, Twitch streamers who are Underoath fans, label personnel, friends, and other people who have been intricately involved with and instrumental in the band’s career. These marathon episodes run for three hours and beyond. They have quickly become a favorite among fans, averaging almost 10,000 unique viewers per stream.

The first episode spotlighted Underoath’s latest album, 2018’s Grammy-nominated Erase Me. It included producer Matt Squire and filmmaker Dan Newman, who shot a documentary about the record. A three-hour discussion ensued, with the band answering questions for rapt fans. The second episode took a deep dive into the band’s fifth album, 2010’s Ø (Disambiguation) and marked the first time that the entire Ø (Disambiguation)-era version of the band sat down with both Daniel Davison and Aaron Gillespie. The third episode focused on 2008’s Lost In the Sound of Separation, with Killswitch Engage’s Adam D., producer Adam Goldman, Every Time I Die’s Jordan Buckley, and Slipknot’s Jay Weinberg guesting. The fourth episode spotlighted 2006’s Define the Great Line. A Day To Remember’s Josh Woodward, Beartooth singer Caleb Shomo, Fever333’s Jason Aalon Butler, and Thursday’s Tom Keeley. Killswitch Engage’s Adam D. and producer Adam Goldman, both of whom produced the album, returned for this episode.