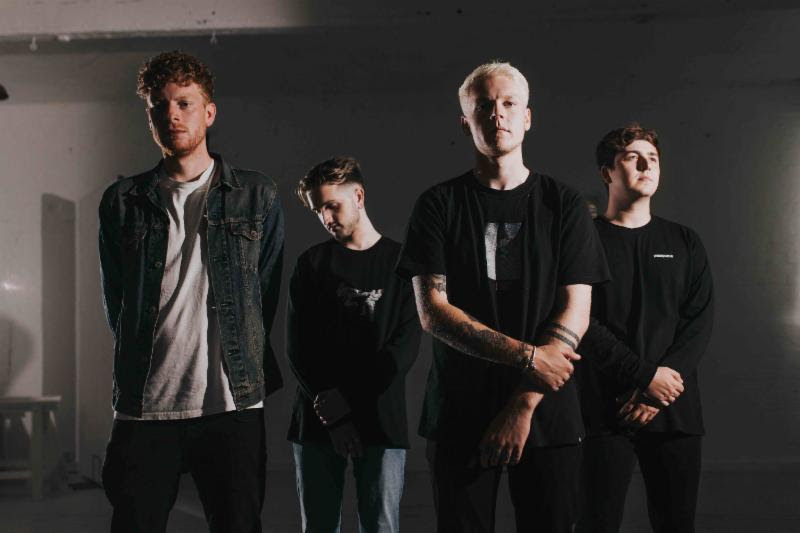 UK alt-rock newcomers Catch Fire have announced their debut full-length, due out in November via Rude Records. Karma Owes Me A Lifetime of Happiness, which drops November 16th, follows up the band’s two previous EP’s – ones that saw the band quickly catch fire (!!!) throughout the UK and beyond.

Catch Fire began writing the album back in July, 2017 and worked closely with Rude Records to formulate this notion. Off of the forthcoming record comes two singles. The first is Malignance, a four-minute heartfelt anthem that touches upon the theme of expectation versus reality.

You can catch both singles now on our New Blood curated playlist, as well as listen to each song individually, below.

“Malignance is one my favourite songs from the record. It’s one of the most progressive, intricate, and interesting songs musically and lyrically, which is why it had to be a single. Lyrically, this song deals with the idea of being on cloud nine, and how through Karma and being a good person, I feel I’ve earned a place there, but there’s no space for me. Seemingly everyone else is more deserving.”

The second is the abrasive and vulnerable Petrifaction.

“Petrifaction was the first track we wrote for Karma Owes Me a Lifetime of Happiness, so it set the precedent for the record, stylistically. When Miles (vocals) played the opening riff, the rest of the song wrote itself really, and it fell into place quite naturally. We loved the swung feel, the grungy vibes, and we couldn’t wait to write more. Petrifaction’s lyrics specifically, are an attempt to reach out to Karma, as if I’ve been forgotten about, to ask why I am bereft of the good I am owed. It also hyperbolizes the idea of feeling that everything that I do, goes wrong” – Ash Wain