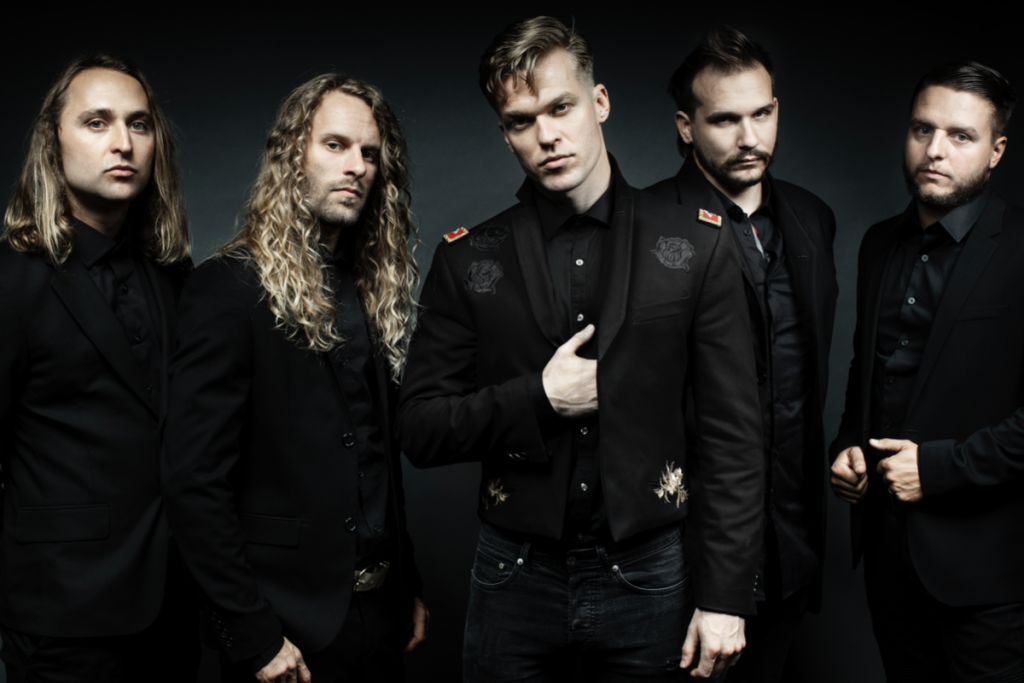 “A man who has not passed through the inferno of his passions has never overcome them. As far as we can discern, the sole purpose of human existence is to kindle a light in the darkness of mere being. Everything that irritates us about others can lead us to an understanding of ourselves.” — Carl Jung

New Jersey’s Toothgrinder have shared another new song from their upcoming third album I AM, out October 11 through Spinefarm Records.

“‘The Silence of a Sleeping WASP’ is a lyrical sequel to our song ‘The Shadow’ from our last album Phantom Amour. There is so much that surrounds Carl Jung’s concept of the shadow that has to deal with addiction and alcoholism. I absolutely knew that I had to write another song to commemorate the concept for the new album. I believe that humans, over time through evolution, have developed an area of the brain that connects all of us. A hive mind or a ‘spiritual’ gland, if you will. I believe it hums and radiates a frequency, but when we shut it down and keep it silent, the darkness can escape the shadow self.

“I do not want to go into another long-winded rant, but those who have heard the last two songs we have released from I AM and have read my passages know what this whole record is about. I want to keep this about us — those suffering and willing to change for the better. If anyone is in the throes of alcoholism, addiction and/or co-dependency, please get in contact with me at justinpaynerecovery@gmail.com. I love you all!” — Justin Payne Matthews, vocals

I AM, which was produced by Matt Squire (Ariana Grande, Panic! At the Disco, Underoath), is available for pre-order here.

Toothgrinder are currently touring with All That Remains and Lacuna Coil. All dates are below.

ICYMI:
Watch the video for the title track here.

I AM TRACK LISTING:
“The Silence of a Sleeping WASP”
“ohmymy”
“My Favorite Hurt”
“No Tribe”
“no surrender in The House Of Leaves”
“shiVer”
“The New Punk Rock”
“too soft for the scene, TOO MEAN FOR THE GREEN”
“Can Ü Live Today?”
“The Fire Of June”
“I AM”