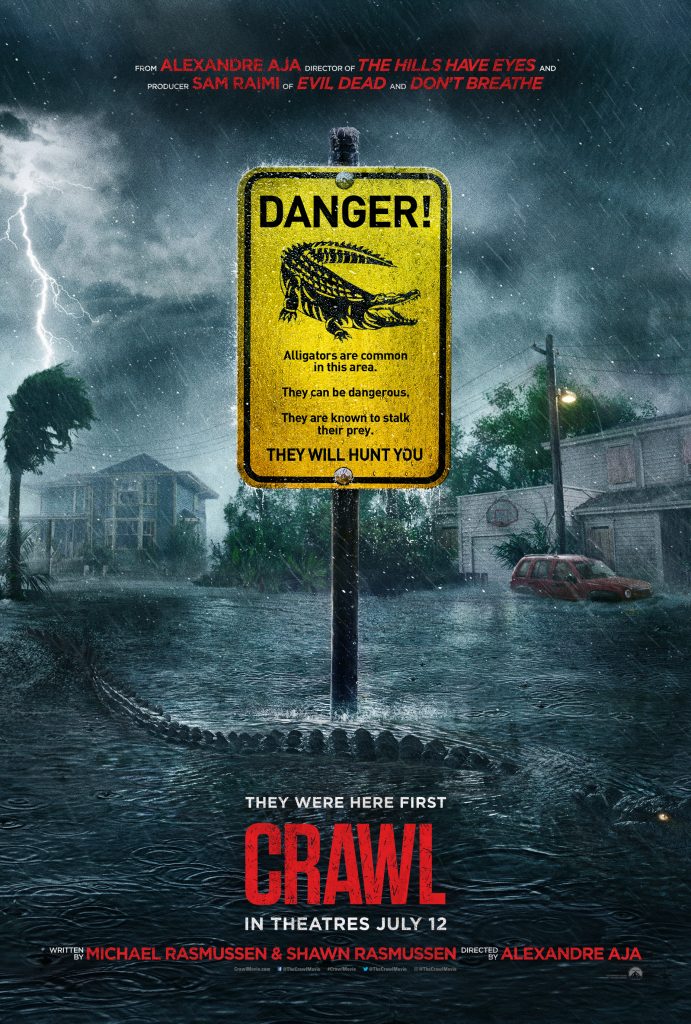 Crawl keeps the story simple enough, a hurricane is hitting Florida and Haley has to go check on her father at their old house. Upon arriving she discovers he is underneath the house and has been attacked by an alligator. From there we are given a tense and fulfilling human vs gator showdown for survival.

We are given just enough backstory to establish a relationship between father and daughter and also explain the daughters ability with swimming.

What works so well here is that instead of relying on jump scares and cheap tactics Crawl is filled with nonstop tension once the shit hits the fans. We are given a small environment to deal with a truly scary group of antagonists to deal with. The gators here are a force to be reckoned with and do considerable damage to everyone that crosses their path.