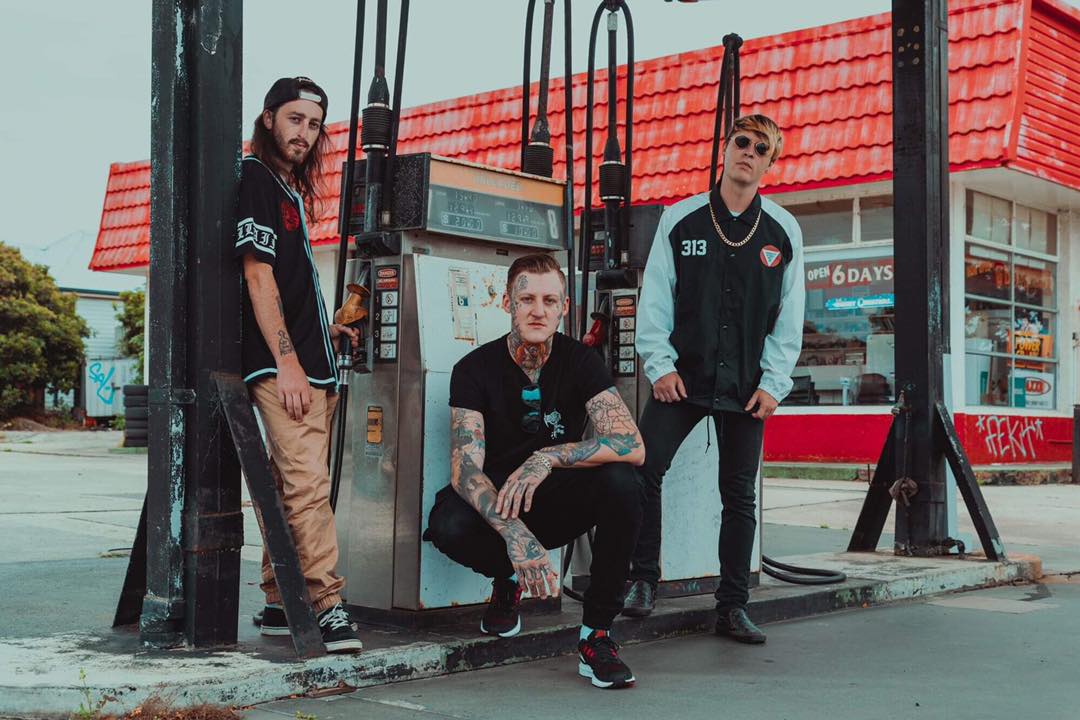 Before we go any further, yes, trap-metal is a thing. It’s a new evolution of sorts for heavy music in general, and while bands like Dropout Kings have managed to make decent music in the genre, bands in the style that are actually interesting are few and far between.

Enter Australia’s The Weight Of Silence, who are itching to get their names out there with new single, “Green Is The New Black”. The band’s new track, which we’re really stoked to be premiering today, also features Upon A Burning Body vocalist Danny Leal – adding plenty of heft and even fun to the song. While the video is undeniably silly (think Attila for a point of reference), it’s clear The Weight Of Silence knows how to have a good time, showing a self-aware sense of style too. Plus, the video for the song has a horse AND a jet plane. How can you say no to that?

“We’ve been really influenced as a group by some of the newer trap and rap sounds coming out at the moment and we’re blending that with the metal influence we’ve always had.
We are also very honoured to have Danny Leal take a part in this and really bring a section in this already lively song to a new level. Upon A Burning Body’s music has been a big influence on us and you’ll hear that in this upcoming album release.
You can expect heavy, hard hitting riffs with huge and heavy vocals, alongside moments with trapbeats and rap vocals.”