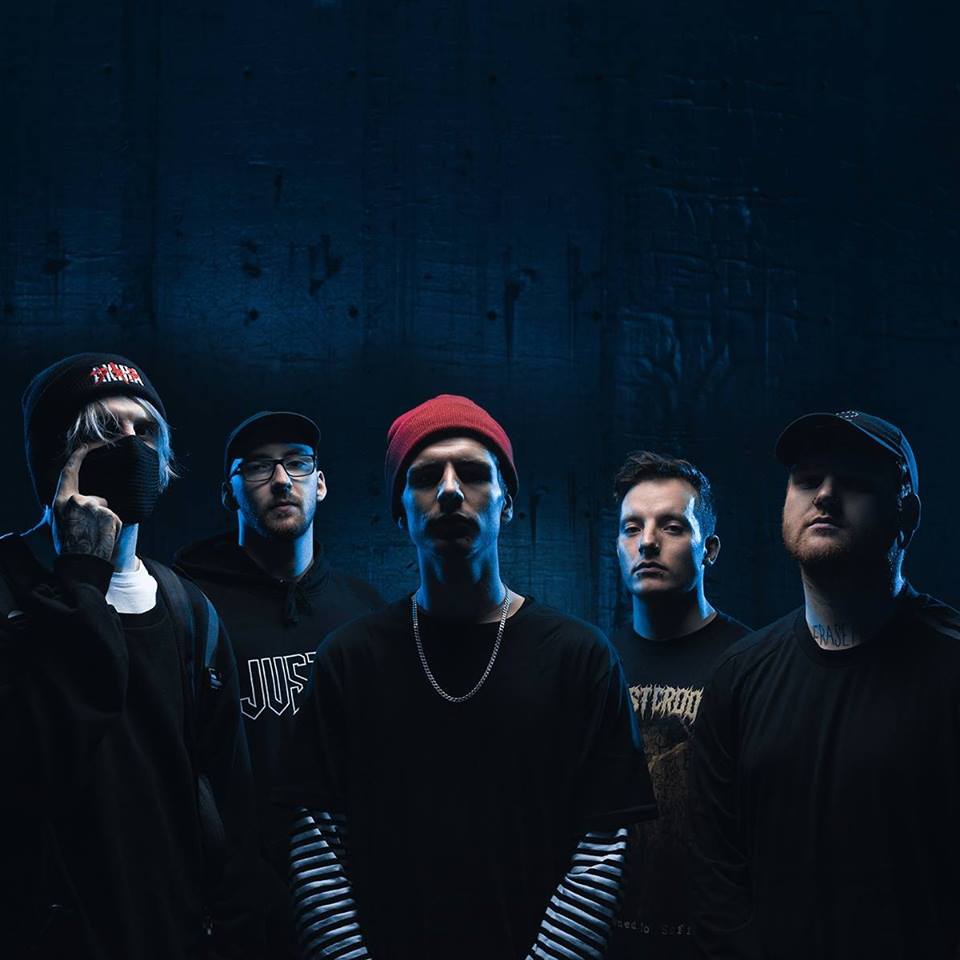 Welcome to 2019! There’s another year of stellar music coming that’s sure to blow us away, and bands that released some great albums in 2018 are sure to put their noses to the grindstone as well. While not all of the bands and musicians on our list are releasing new records this year, some are supporting recent records or newer material in the form of a handful of singles. Regardless, these 30 bands and musicians are all ones to keep on your radar. After all, we only recommend the best music in the world, right? Carry on, brethren.

Diamond Construct are a highly promising tech-leaning metalcore band from Australia, and given the amount of bands coming out of that continent in the last 10-15 years (Northlane, Parkway Drive, Karnivool, just to name a few), this is one to pay attention to given their pedigree. Their 2 recent singles “Submerged” and “Paradox” are highly engaging, groove-oriented slabs of modern metalcore that are hard to skip.

We’re running out of superlatives for Holding Absence at this point. What you need to know is that the band, who are set to release their official debut album via Sharptone Records, are one of the more hyped post-hardcore bands in recent memory – except their lyrically-driven and atmospheric bent on the genre draws just as much from post-rock and ambient music.

Many Rooms is a vehicle for Brianna Hunt’s introspective lyrics, and listening to “There Is A Presence Here”, you really get the feeling you’re listening to the next indie darling.

With the release of 2017’s Rare, Hundredth truly reinvented themselves in the most shocking way possible, shedding the melodic hardcore skin of their past, and emerging as an alt-rock band with more than a little Swervedrive and Chapterhouse influence. If Rare was already this good, imagine what they can do for a followup. 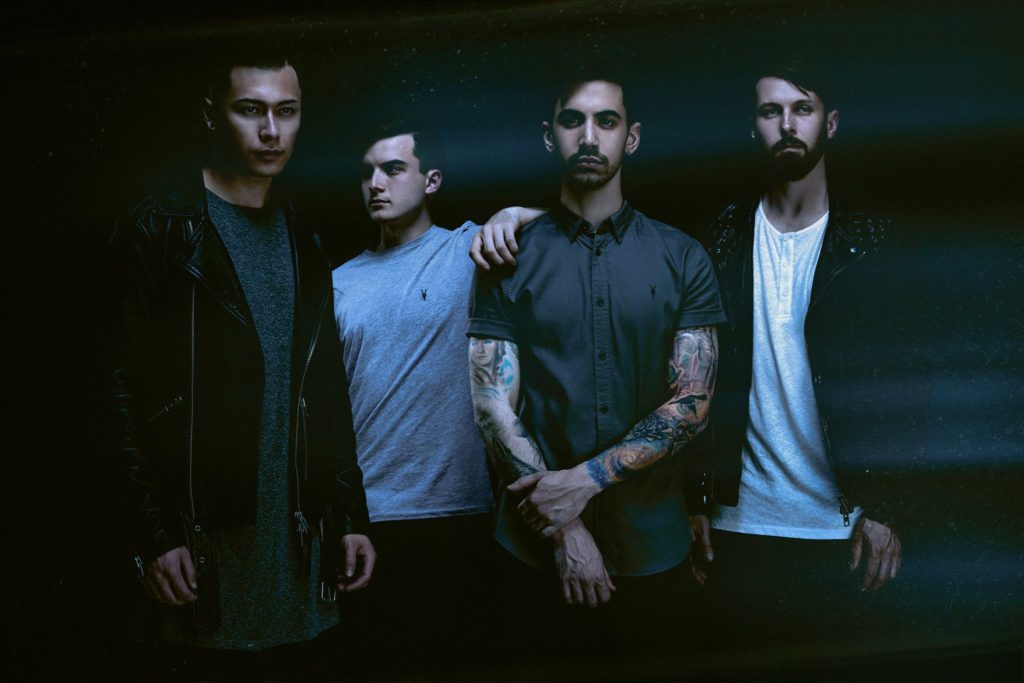 One of the more promising rock bands we’ve come across in recent memory, Vespera are an exciting rising act that combine various subgenres of rock and metal to create something familiar, yet unique and exciting.

Double single “Vein/Rensing” (which had a unique music video to go along with it) really showcased Parting Gift’s exciting alt-rock, and future material will probably reveal similar happenings. The band can lean heavier at times – see previously released “In Mind” for a good example – but rest assured either way, there are bright days ahead for Parting Gift.

Currents are one of the hottest new progressive metalcore bands out there, with catchy choruses that aren’t phoned in, and a vicious rhythm section to boot. Their new EP, I Let The Devil In, is a pretty spectacular representation about what Currents are all about – and where they might be going next.

Blood Youth – and vocalist Kaya Tarsus especially – sound legitimately menacing on both their new singles, “Starve” and “Keep You Alive”. Their debut album Beyond Repair was genuinely exciting melodic hardcore made for the moshpits, but it seems the band may have changed things up for their upcoming new record. The Blood Youth train has never been bigger.

Metalcore of the prog-leaning variety isn’t just limited to North America or Europe – Vietnam’s Windrunner, who just released their debut album Mai at the end of 2018, are anchored by vocalist Duong Bui.

It’s a new Deftones album. What more could you ask for from the alt metal heroes?

Australia’s heavy horde bring the RIFFS on their two recent singles, “Black Mamba” and “No Name”. No-frills metal-tinged hardcore – or is it the other way around? Regardless, this band brings the pain.

Aussie alt-rockers The Comfort are doing big things with their debut album, What It Is To Be. 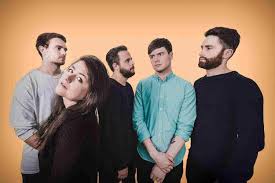 Their new EP, Recovery, proved that Dream State was more than just a flash in the pan success. This band knows how to write a good vocal hook.

One of the more underrated post-hardcore bands going right now, Dayseeker’s next album is sure to be a doozy. DIS // WIR was a really grand 3rd album for the band, who are steadily climbing the scene’s ranks. See: “Vultures”.

Jetty Bones is fantastic. Vocalist Kelc Galluzzo, who fronts the solo project (though with a full band mentality), is a gifted singer, with a pleasant voice that manages to be very infectious. Case in point, her 2017 song, “Innocent Party”.

Indie-folk darling Mree’s new EP, The Middle, is some of her most accomplished work to date. Certain songs – especially the title track – are reminiscent of Mazzy Star, which is obviously a huge compliment. Lush, dreamy vocals and ambient textures are the rule of the day here.

Any band that has a song called “Puncha Nazi” is one we can get behind, and it’s even better when said band is a ton of fun to listen to. The ladies of Doll Skin will play any show, any time. 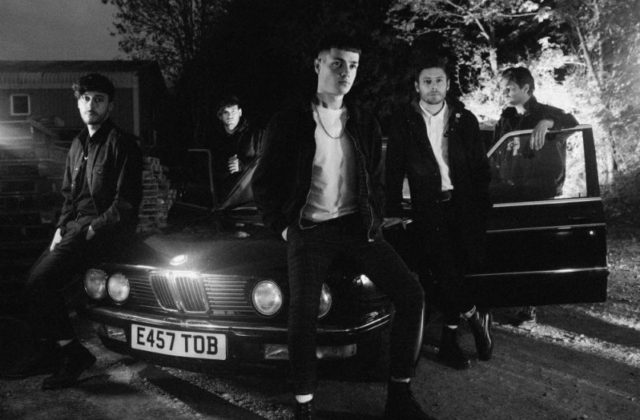 On Welcome To The Neighborhood, Boston Manor’s sophomore record, the young outfit took a quantum leap forward in both musicality and songwriting that really shines. See the churning alt-rock of “Bad Machine” and the Failure and Deftones inspiration of standout “Digital Ghost”|

Has proggy post-hardcore ever sounded this good? Sure it has, but there’s saxophone solos on the debut record from Shrezzers, so give it a few spins and it might surprise you.

Pop-punk/alt-rock champions have a sophomore album that is likely to drop this year. The follow up to I Couldn’t Be Weaker dhould be highly anticipated by any fan of heavier pop-punk, especially on their solid new track, “I’ll Come Around”.

The adrenaline-spiked post-hardcore of Savage Hands is potentially very special. Their 2018 EP Barely Alive was a solid initial effort, but recent single “Useless” has hitmaking potential, with a massive chorus that most bands in this genre will never come close to writing.

Simply put, Jinjer is the next great European metal band.

Wristmeetrazor is one of the most exciting new bands in the underground hardcore/metal scene right now. Their debut album, which actually dropped today via Prosthetic Records, is sure to capture the attention of fans of early 2000’s metalcore/screamo – think the underrated Skycamefalling, Poison The Well, and maybe even some Glassjaw. Come for the riffs, stay for the tight energy.

Hey look, another Holy Roar Records band that slays the competition. Frontwoman Djamilia Azzouz puts on a show here amongst a sea of heavy riffs and frantic songs, and we’re here for it – as you will be when you hear The Language Of Injury.

It would be a surprise if Unsound Recollections, the upcoming album from New Jersey progressive metalcore band Sentinels, didn’t make waves in the music scene. Another technically proficient metalcore band is exactly what we need, and if you miss the old itch that bands like Reflections used to scratch a while ago, you owe it to yourself to keep an eye on Sentinels.

Cane Hill’s new EP reminds us a lot of Alice In Chains’ Jar Of Flies record, as the band’s sonic reinvention continues on Kill The Sun.

PVRIS’s emotionally-driven dark pop/alt-rock has been a huge hit, catapulting them to huge support slots with the likes of Muse, as well as their own headlining tours. What will album #3 bring for an encore, though? 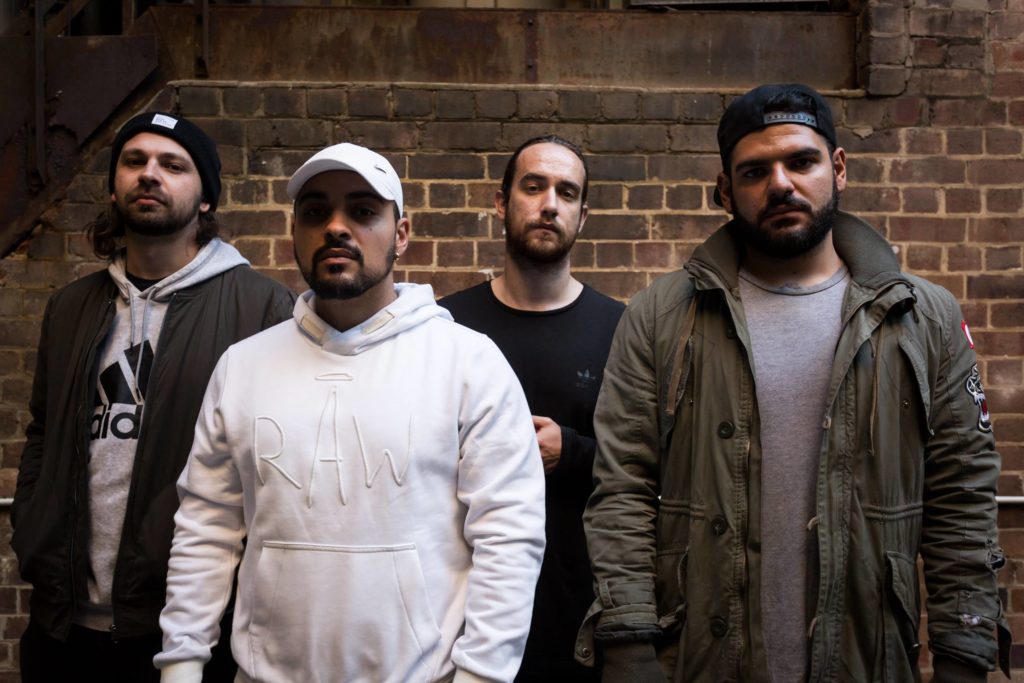 The side project of Erra’s Jesse Cash, Ghost Atlas’s sound is one that examines the dynamics of post-hardcore and alt-rock more than anything else – with the occasional acoustic ballad as well. There’s some really dynamic material at play here, especially on newest song, “Sleep Therapy”.