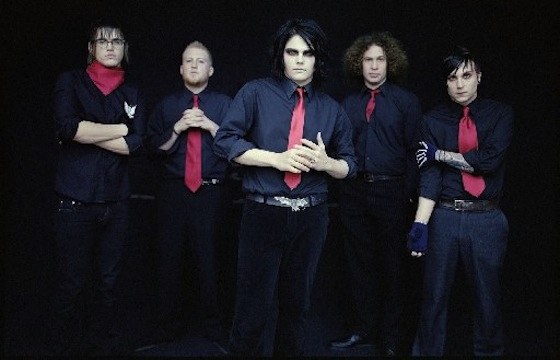 Selling over 3 million copies in the USA alone, My Chemical Romance’s sophomore album Three Cheers For Sweet Revenge was the band’s initial mainstream breakout record. Containing massive singles like “I’m Not Okay (I Promise)”, “Helena”, and the iconic “The Ghost Of You”, it saw the band expanding their growing songwriting ambitions and Gerard Way improving his vocal abilities into an album that struck a chord with millions of fans, young and older, alike.

The album, which celebrates its 14th anniversary today, remains a relevant cultural touchtone, even after the band’s breakup earlier this decade. And while MCR may not be a band anymore, there are plenty who still feel TCFSR is an important record in alternative culture.