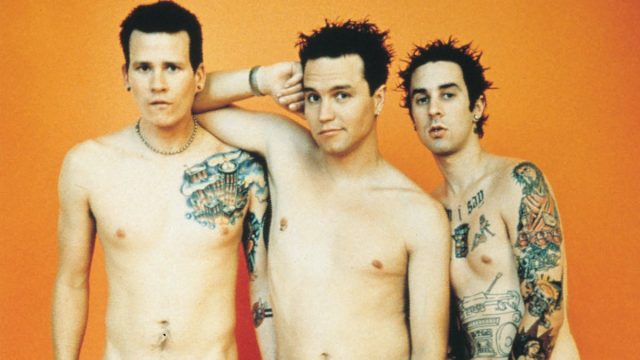 You might not believe it, but Warped Tour mainstays Blink-182 weren’t always one of the biggest pop-punk bands in the world. In fact, they faced major expectations surrounding what they’d do after they released 1997’s Dude Ranch. With that record moving a few thousand copies a week after its release, Blink-182 were already considered sellouts by some for even entertaining the thought of signing to a major label, but the relative success of Dude Ranch inevitably forced their hand to go bigger and bolder. Or in Blink-182’s case, poppier.

With Travis Barker entering the fold to replace Scott Raynor at the drummer position, the band’s success was all but guaranteed. Enema Of The State, which turns 21 today, made the band superstars. Eventually, the band would take the record – which featured megahits like “All The Small Things” and the emotive, mature “Adam’s Song” – to the arenas for the first time.

At the time, the band competed with everyone from Backstreet Boys, to Limp Bizkit, to Christina Aguilera on the charts. That’s an impressive time capsule statistic, to be sure, but so too was the fact that the band’s songwriting had improved vastly. While it’s true this was a record that was full of fun, 3 minute long pop-punk songs, even the lesser-heralded tracks on here are insanely catchy, filled with more hooks than a tackle box. A pop-punk album this good, with Mark Hoppus’s and Tom DeLonge’s synergy put together with a fresh drummer in Travis Barker, is one to listen to time and time again.