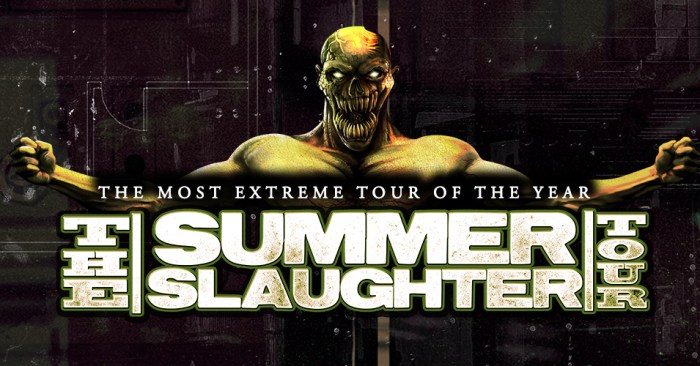 If there’s any indication, it’s possible Florida death metal band Deicide might be on the list. While obviously unconfirmed beyond just one single FB post via the tour’s Facebook page, it would make some sense. Deicide will be celebrating the 30th anniversary of their self-titled debut album, and while no other bands have been hinted at as of yet, this would certainly be a monumental event for extreme metal fans. You know, like it is for most of us every year. Who do you think will play Summer Slaughter this summer?