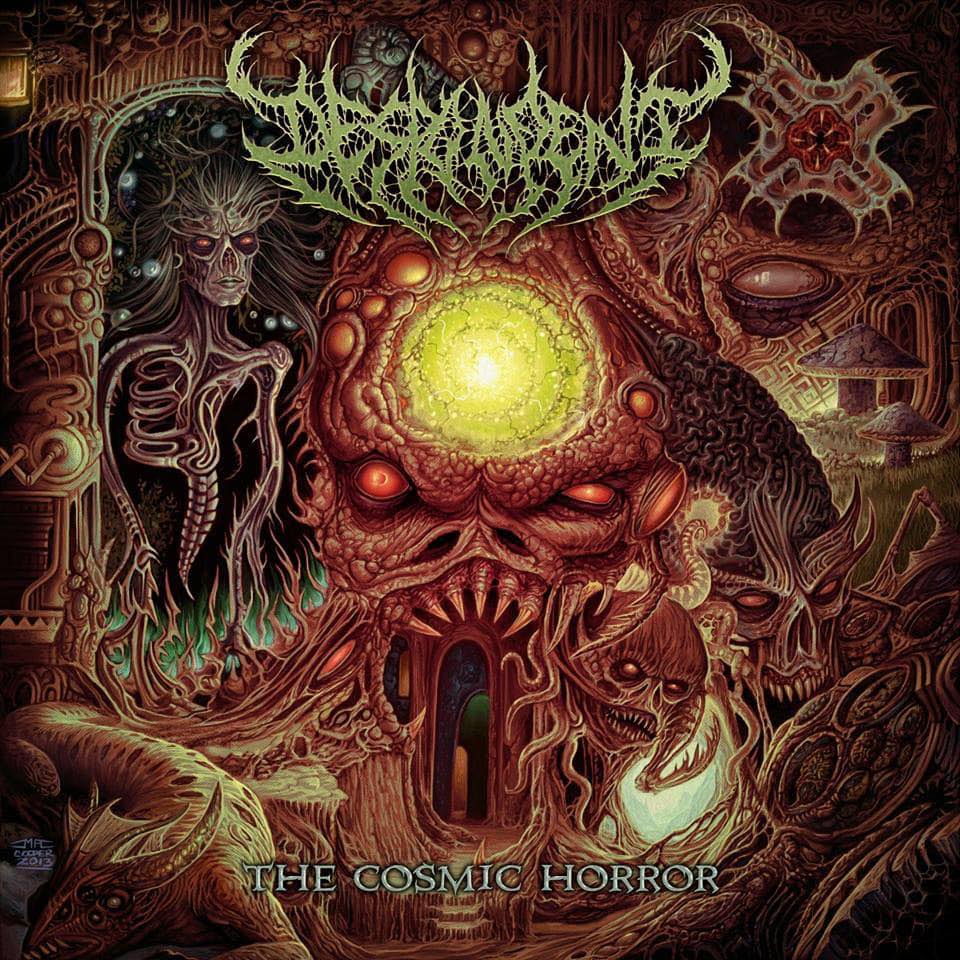 Despondent is a Slamming Technical Deathcore outfit originally from Akron, OH. The band has relocated to Washington. Since their inception in 2014, Despondent has released two EP’s, Awakening The Elder Gods and The Gallows. Following the release of the EP’s, Despondent unleashed their debut full length album titled Tales of Insanity in 2016 that helped propel the band’s fanbase and presence in the scene. Now that the new decade has rung in, Despondent have made a triumphant return with their long awaited album The Cosmic Horror. The album is a brutally composed piece with a slew of features that compliment the album. “The Cosmic Horror” premiered exclusively through Chugcore and is available worldwide. 13 tracks each with their own lick of flavor. Despondent brings a nice collection of intergalactic metal. Check it out for yourself below!