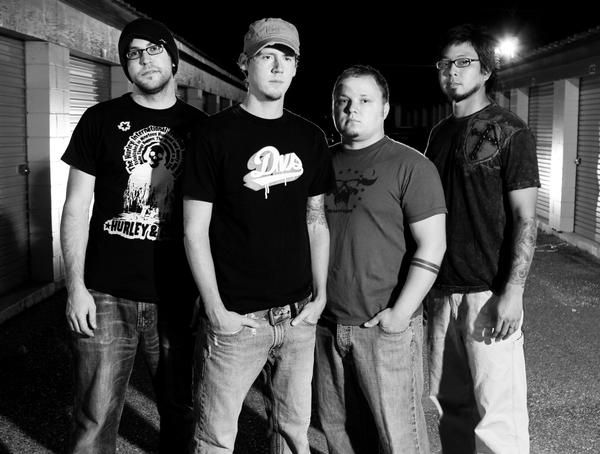 Nu-metal was once arguably the biggest subgenre of metal around, with bands like Limp Bizkit and Korn selling hundreds of thousands of albums a week. Certainly, the genre reached its commercial peak at the end of the 90’s // early 2000’s, but what about the bands that rode the second or third wave of the genre? There was a massive sea change brewing in the form of the burgeoning metalcore movement, and the days of major labels signing almost every nu-metal band on the planet were quickly set to change.

Plenty of these bands had obvious songwriting talent, though. Trust Company were one such band, releasing 3 records and getting signed to the giant Geffen Records after just 2 songs at a showcase – quite literally going from a band in a van, to a tour bus and recording in a studio where some of rock’s biggest records were made. The band’s 2002 debut album, The Lonely Position Of Neutral, was anchored by arguably the band’s signature song, “Downfall”, and contained a very interesting mix of genres that managed to hit the sweet spot between modern rock, alt-metal, and nu-metal – except without the hip-hop/rap influences.