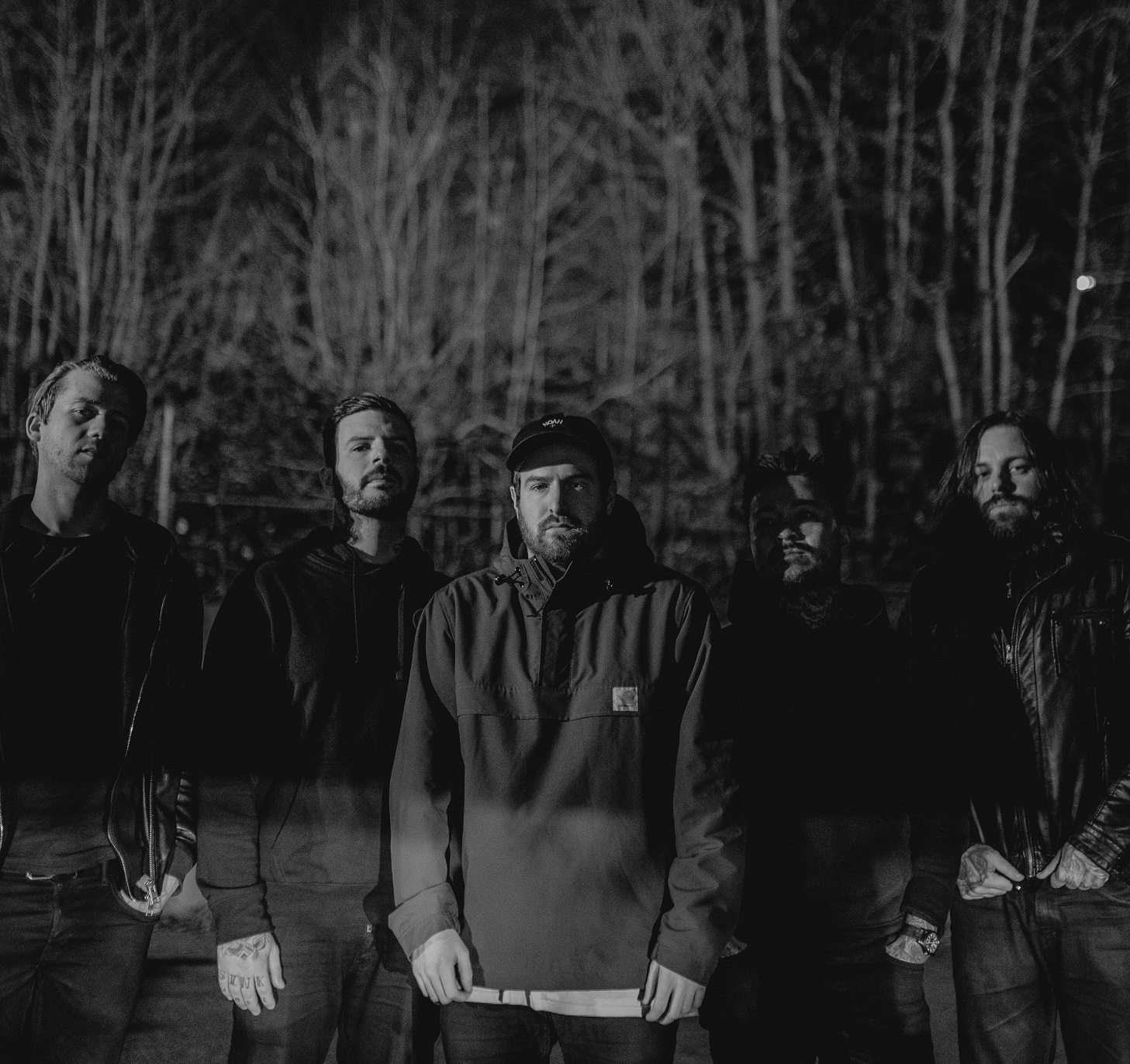 The hardcore supergroup that’s not on enough radars is finally unleashing their second record, Splinters From An Ever-Changing Face, this Friday. This release has been a long time coming, as we discovered after speaking with guitarist Greg Thomas last month. With Counterparts frontman Brendan Murphy, industry vet Will Putney (Fit For an Autopsy), bassist Jay Pepito (Reign Supreme), guitarist Gregory Thomas (Misery Signals, Shai Hulud), and drummer Billy Rymer (Dillinger Escape Plan), END round out a lineup for the ages with hard-hitting tunes that listeners will love at first listen. For a debut full-length – and second album overall – this is awfully impressive.

The brutality begins with “Covet Not,” sounding visceral and vicious from the very start. Blast beats, decisive vocal delivery, and a guitar tone that’s front-and-center make this a strong start if there ever was one. The time signature is sporadic, too, making for compelling songwriting. “Pariah” hits next, the leading single and a succinct entry point of the band to me. Brendan is outright devastating in the outro, channeling leagues of emotion into his screams.

END_OF_DOCUMENT_TOKEN_TO_BE_REPLACED

The massively-heavy band END is a supergroup of epic proportions. With the star power of vocalist Brendan Murphy (Counterparts), guitarist/producer Will Putney (Fit For an Autopsy), guitarist Greg Thomas (ex-Shai Hulud, Zombie Apocalypse, etc.), bassist Jay Pepito (Reign Supreme), and drummer Andrew McEnaney (Trade Wind, Struc/tures), the band has tracks so heavy you’ll want to throw down no matter the scenery. I had a chance to speak to Greg about the band before their first album Splinters from an Ever-Changing Face releases June 5th.