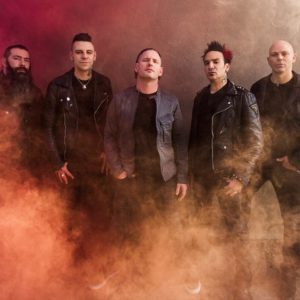 For the common music fan who is likely living an average (by comparable standards) life, they might often view a musician as someone who has it all. Money, fame, and the adoration of a huge fanbase – not to mention plenty of other things. That doesn’t mean addiction and depression can’t manifest itself, though.

Addiction and mental illnesses are not picky. They spare no one from their wake. Rich, poor, old, young, black, white – they do not discriminate. And it’s clear the same holds true for musicians. Even Stone Sour/Slipknot vocalist Corey Taylor has battled his own share of addiction issues, though he is proudly sober now. He was presented with a Rock To Recovery “Icon” award, and immediately after, gave a heartfelt speech on his battles with addiction – specifically talking about his late Slipknot band mate, Paul Gray. You can check out the video below – and for more information on the organization, check out Rock To Recovery here. Remember that you are not alone in this fight.