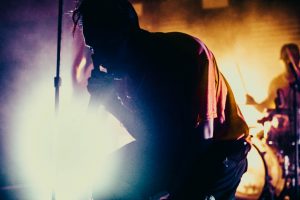 The One’s to Watch Tour brought the heat to the Deluxe Room at Old National Centre in Indianapolis, IN on July 16th. For opening act Lauren Sanderson, it was her hometown show and her fans showed up. Opening with The Only One every fan had their hands in the air and were screaming lyrics back to her. She was one of the most thankful artists I’ve ever seen. She recently get out of a crappy record deal, and donned a fan made shirt that read, “former epic recording artist and now madly, wildly, independent as HELL recording artist, Lauren Sanderson.” She announced her debut album coming soon, and played an unreleased song, Hotel Room. Overall, Lauren Sanderson did not disappoint and it was great to have her home for one night.