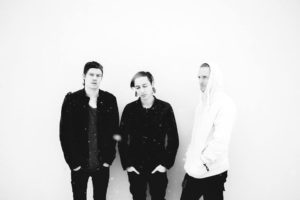 THE PLOT IN YOU has shone light on their official departure from Rise Records and has revealed that they are finishing an upcoming record, (which hasn’t been given a name to the public yet), as well as letting fans know that they are indeed signed to a new label that will be announced in the future. END_OF_DOCUMENT_TOKEN_TO_BE_REPLACED