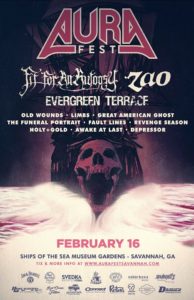 This year will be kicking off to a great start, with the third annual AURA Music Festival at the “Ships Of The Sea Gardens” in Savannah, GA. The festival will feature thirteen bands throughout the day, a vast array of food trucks, and other various activities.
–
END_OF_DOCUMENT_TOKEN_TO_BE_REPLACED 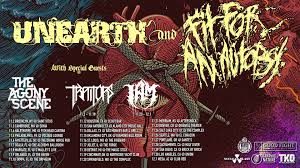 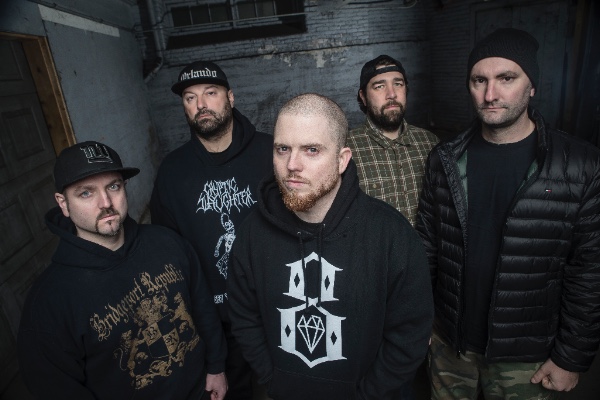 Hatebreed is a name that doesn’t just stand tall in one genre. Be it hardcore, punk, metal, and everything in between there is always one simple fact. EVERYBODY LOVES HATEBREED! For 25 years they’ve dominated the game and show no signs of stopping or slowing down. Kicking off 2019 is leg one of their US tour for their 25th anniversary and if this lineup doesn’t make you want to hit the pit hard then you should re-evaluate your life.

END_OF_DOCUMENT_TOKEN_TO_BE_REPLACED 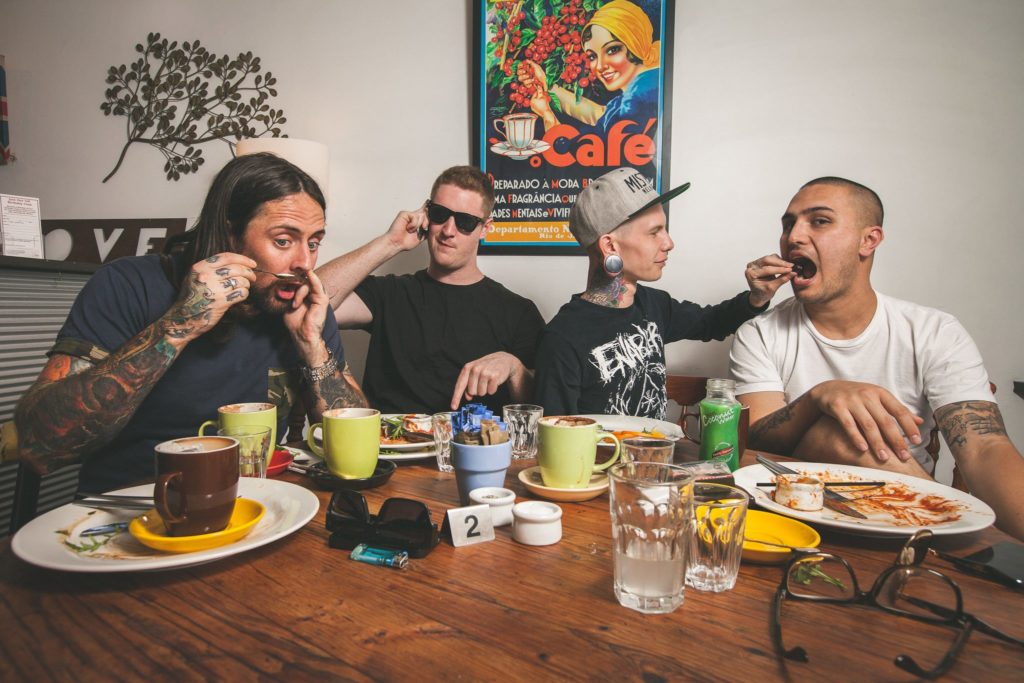 It has been confirmed that Thy Art is Murder/Fit For An Autopsy & The Acacia Strain are due to release an EP titled “The Depression Sessions” on August 12th, 2016 via Thy Art Is Murder’s facebook post. It was also accidentally released early via iTunes then quickly removed which hinted at a release on August 12th, 2016 (screenshot below) 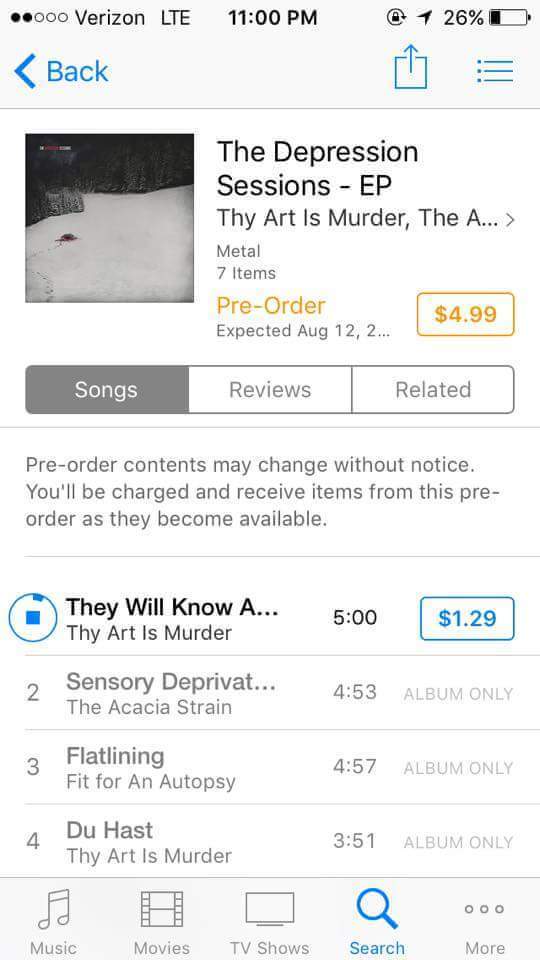 Also, a lyric video for a Thy Art is Murder track off the EP titled They Will Know Another was just posted on the TAIM youtube channel. Listen below and let us know what you think! Are you excited for this split between Metal/Hardcore’s 3 most hard hitting bands?

Update: Thy Art is Murder have made an official statement on their facebook page about the split.

In December of 2015, three bands with three different stylistic approaches to aggressive music, but a common outlook on the world, came together to create a collective piece of work – The Depression Sessions. Those three bands were Thy Art Is Murder,The Acacia Strain and Fit For An Autopsy and on August 12, Nuclear Blast Entertainment will release the results of this experience both digitally and on limited edition vinyl.

In regards to this achievement, the parties involved have released the following collective statement:

“After months of heavy touring, a cold NJ background set the tone for a dark, honest, and moody record. We gave some nods to the bands we grew up listening to and took some new risks in our own songs.

More importantly, this record is a statement of community. We live in a very competitive and selfish world, and it this is proof it doesn’t have to be like that. It’s the friendships you make along the way, between the artists you share the stage with, that you’ll take away with you long after the shows are over. Support your peers; the whole music scene will be better for it. Thank you for listening.”

Check out this lyric video for the first single “They Will Know Another” by THY ART IS MURDER. The song, as well as their cover of Rammstein‘s “Du Hast”, are the last pieces of music the band recorded before the departure of vocalist of CJ McMahon. Receive the song as an instant download now when you pre-order the album digitally via iTunes and Amazon.

The Depression Sessions was produced, engineered, mixed and mastered by Will Putney. All the bands tracked in December 2015 at Graphic Nature Audio in Belleville, NJ. Cover art was created by Dan Bradley with a layout by Forefathers.

The Depression Sessions track listing:
1. Thy Art Is Murder – They Will Know Another
2. The Acacia Strain – Sensory Deprivation
3. Fit For An Autopsy – Flatlining
4. Thy Art Is Murder – Du Hast (RAMMSTEIN cover)
5. The Acacia Strain – Black Hole Sun (Soundgarden cover)
6. Fit For An Autopsy – The Perfect Drug (Nine Inch Nails cover)
”