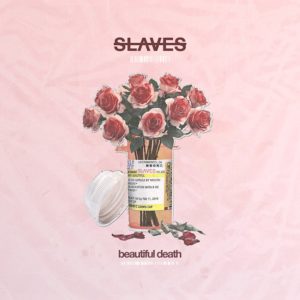 We recently had the opportunity to review Slaves newest album Beautiful Death, officially being released tomorrow, February 16th via SBG Records. Beautiful Death, produced by Erik Ron (Panic! At the Disco, Set it Off, Hands Like Houses), is set to be the band’s most powerful release to date. Vocalist Jonny Craig comments, “With this album, I feel like I have the chance to be the person I was supposed to be the entire time.” Wow is he right, every song on this album is unique sounding instrumentally with the common themes of persistence (seen in songs such as “Patience is the Virtue” and “The Pact”) and heart-break (seen in songs such as “True Colors” and “Deadly Conversations”) reappearing throughout.