The synth-pop outfit Bearstronaut has been at it since 2007. With two albums and two EPs under their belt they are far from rookies. Bringing an old style to life with some modern twists they are definitely a band that should be in your playlists.

END_OF_DOCUMENT_TOKEN_TO_BE_REPLACED 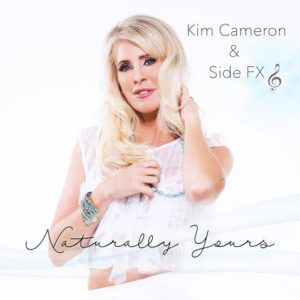 There aren’t a lot of dance groups around right now that are as good as Kim Cameron. And for good reason. Kim has been in this game for years as a legitimate and genuine artist, making a name for herself in a scene that is more conducive to passing fancies and flavors of the week than it is to solid mainstays and reliable staples.

But it appears that Kim Cameron has become that staple, in a genre which defies their very existence. For years, her music has been gracing the charts, and with the release of new singles for her EP, Naturally Yours, she has only further cemented herself as a dominant force in modern dance music.

There are many factors which make this EP work so tremendously well. For one, Kim Cameron seems to recognize the factors that make up a truly good pop song. The things that worked for Steve Perry, Earth Wind & Fire, and The Carpenters can all be found in the tracks of this EP in 2016. But of course, Kim takes these sounds and allows them to evolve, to fit the modern style, while still embracing the variance and rich flavor that they bring to the release.

From the satisfyingly gritty guitar opening on “But You,” to the shimmering strings on “Falling Stars,” Naturally Yours embraces and enhances the sounds and styles we’ve come to know and love in popular music from the 1970s to this very day.
And of course, throughout the whole affair, Kim Cameron’s voice sounds lovelier than ever. When it comes to solid, infectious, and incredibly well-written pop music, this release is not to be passed up.

With Hello Phones’ newest video, the contrast between the romantic and the real is clearly drawn, and, as is becoming more and more popular, the potential for beauty is found in everyday urban society.

The single itself, set to be released on their upcoming EP Tripping the Light this February, sees Hello Phones remaining, in many ways, true to form while still pushing their sound forward. The track is as hip and danceable as any they’ve released prior, and yet, the focus has changed. Any semblance of guitar or rock influence has vanished, replaced instead by airy synths and lush, dreamy vocals that are liberally soaked in reverb.

The result is a single that is at once catchy, stylish, and hypnotic. It is as much mood music as it is a dance track, with a video that embodies the sound: the city, and its nightlife, is, in itself, living art.

June 8th, 2015: Breathe Carolina teamed up with APEK to release a new song
and music video titled “Anywhere But Home.”

END_OF_DOCUMENT_TOKEN_TO_BE_REPLACED

Unsyned is a music discovery platform that offers cash prizes for bands, and connects them to fans that are hungry for new tunes.