Southern Ohio quintet Feverwar has released a gritty, dirty music video for their single “Savage”.  The video features a cameo from Saud Ahmed (The Crimson Armada/The Holy Guile) who also produced the debut EP Bible & Sword in which the single appears on.

“Producing talented, passionate, and driven artists for extended periods of time often evolve from strictly business to valuable friendships and Feverwar is of those bands,” says Ahmed. “They are so committed to pushing the envelope that I too had to step my game up in terms of experimentation and thinking outside the box. Creating Bible & Sword with the Feverwar dudes was such a rewarding process from the first skeletons they brought me to the final masters. I really think the album stands out for its diversity and showcases the unique talents within the band that make them such a pleasure to both listen to and work with.” END_OF_DOCUMENT_TOKEN_TO_BE_REPLACED 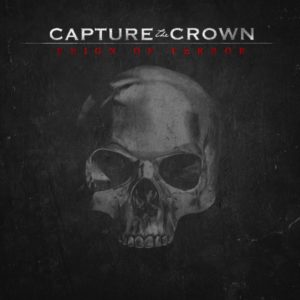 Capture the Crown have released a new track, “To Whom It May Concern.” This is the first track to be released off their upcoming album, Reign of Terror, which is set for release on August 5th via Artery Recordings. The band have improved tremendously since their previous release, delivering a much more aggressive sound without sacrificing their catchy melodies.

END_OF_DOCUMENT_TOKEN_TO_BE_REPLACED

I don’t go to a lot of heavy shows anymore but every now and then one rolls through town and intrigues me.  This was one of those times.  Granted I had never really listened to any of the bands that were playing this night but I know that they all have a pretty big following and some friends of mine had been suggesting them to me for a while, especially Capture The Crown. END_OF_DOCUMENT_TOKEN_TO_BE_REPLACED 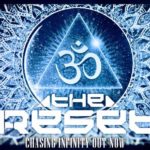 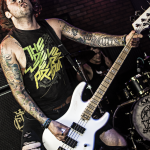 You can find more photos at www.falseidolphoto.com