Post-hardcore quintet Greaver will release their debut full-length The Faun on April 29th via Cardigan Records. Today, the band is streaming the first single “A Poisoned Well” and has launched pre-orders via iTunes. The record was engineered and mixed Al Jacob at Warrior Sound (He Is Legend, A Skylit Drive) and mastered by Jamie King at The Basement Recording (Between the Buried and Me, The Contortionist).

“We’re incredibly excited to share these 10 new songs with the world and usher in a new era for Greaver,” says drummer Travis Hall. “We’ve never been prouder of material we composed together and feel this record pulls from all the unique influences of our 5 members more so than everything we’ve previously released.” END_OF_DOCUMENT_TOKEN_TO_BE_REPLACED 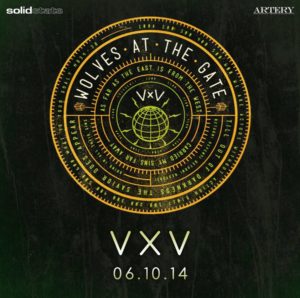 Post-Hardcore band, Wolves At The Gate are preparing to release their sophomore album titled, VxV (pronounced five by five) on June 10th. My thoughts? This album WILL be a contender for album of the year.