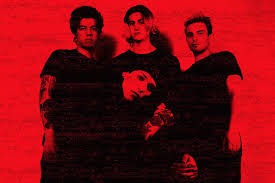 After a few days of speculation that Grayslake, Illinois band Sworn In might be breaking up, it turns out that’s definitely not the case. Instead, the band will be performing at least one show where they’ll be playing the Start/End EP in full, as well as their standout track “Let Down”. Joining them will be fellow heavyweights Barrier, where they’ll be playing material from their first EP, as well as venerated EP Dark Days. It appears to be a one time only show, but that’s uncertain. Still, this is a treat for longtime fans who may have seen both bands grow in the local scene.

i suppose i should clarify this, the vocalists that tracked each ep will be the ones playing the show. that means gene with sworn in, and colin with barrier.

s/o lake county, this one’s for you.

tickets go on sale TOMORROW at 1 PM. i will post the link then.

in the mean time, give this an RT to spread the word. pic.twitter.com/EZlNlqgrt3