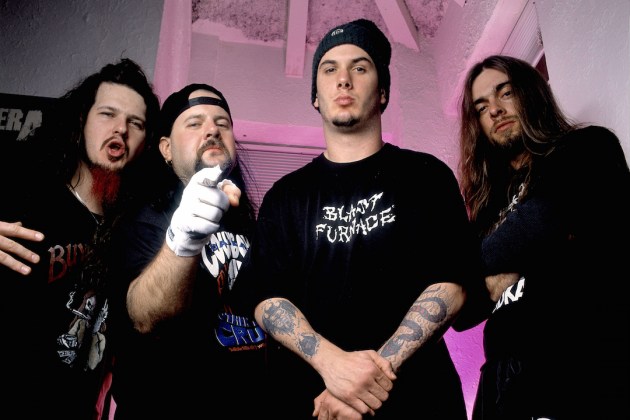 If you had a penny for every time a metal band said their next record would be their “heaviest”, you’d be a millionaire. Pantera was a prime example of a band that bucked the trend entirely, because their 1994 album Far Beyond Driven is easily the most crushing album ever to hit #1 on the Billboard Top 200. It’s an album so unrelenting that it almost makes their previous 2 records seem like child’s play.

To put it kindly, Far Beyond Driven is a sonic freight train. In an era where metal was rapidly being overtaken by hip-hop, pop, and post-grunge on the charts, the album was a sonic reminder of just how heavy the genre can be, as well as a signal to the perseverance of the Texas metal outfit. Do remember that Pantera toiled in obscurity until 1990’s Cowboys From Hell, which itself was a definitive statement that would also provide the band’s nickname. 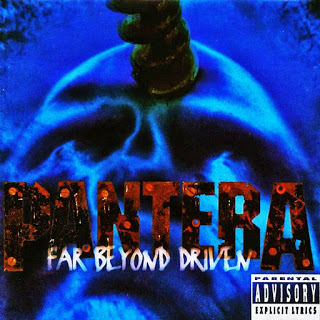 At least until the album’s final track, a cover of Black Sabbath’s “Planet Caravan”, Far Beyond Driven manifests itself as both a plastering album for its 1994 present, as well as metal’s near future. Take “5 Minutes Alone”, for instance. This song is as much a standout song as it is representative of most of this record – where the late Vinnie Paul’s drumming provides the backbone for Dimebag Darrell’s riffs, which provide an infectious groove that were unmatched by their peers.

Special attention has to be paid to the machine gun-style riffing of “Slaughtered”. A true headbanger’s anthem, this track is over the top in a way that really served to define Far Beyond Driven’s density. Phil Anselmo’s vocals somehow get more extreme, bordering on death metal at times, especially on tracks like the underrated “Use My Third Arm”- which features impressive bass work by Rex Brown.

Pantera really established themselves as a unit here. For example, 2nd track “Becoming” serves as a key moment on the record, where Anselmo’s snarling confidence serves as a notice that the band is one of the definitive acts of the 90’s.

Current bands like Lamb Of God would be far different without the groove-laden, crushing riffs of Far Beyond Driven. While the band as a whole had a large influence on the last 15+ years of popular metal (including metalcore), it’s Far Beyond Driven that deserves even more praise than it gets. Truly transcending any popular metal subgenre of the time, it cemented Pantera as one of, if not THE biggest metal bands of the decade.