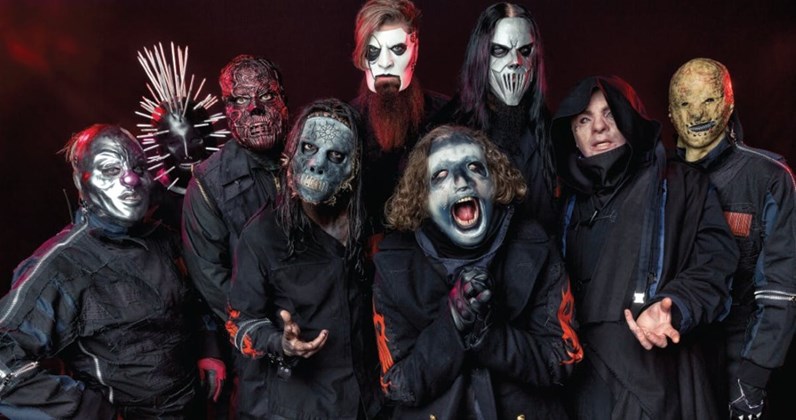 Slipknot may be riding high on the success of their new record, We Are Not Your Kind, that dropped last Friday – but a recent incident on their Knotfest headlining tour will likely be weighing on their minds for some time.

As previously reported on by Patch, 62-year old Richard Valadez collapsed to the ground and died on August 11th. The incident happened after Valadez was reportedly thrown out of a moshpit during Slipknot’s recent show at Tinley Park Sunday, during the band’s performance of “Sulfur”.

Circumstances of Valadez’s death are unclear at this time, at least before the autopsy is performed, but witness Anthony Mackey intimated that “He seized as people were trying to help him up, so we start calling for help.” It apparently took medical staff and personnel at least 15 minutes to reach Valadez, despite witnesses and fellow Slipknot fans forming a circle around Valadez in an attempt to shield him from the crowds forming in the moshpit.

Another witness, Brittany Ruel-Curtis, said that “They definitely should have handled things better, More emergency presence for one.”, about the incident. Multiple concertgoers attempted to perform CPR on Richard, but to no avail.

Our condolences and best wishes go out to Richard’s friends and family at this time.

Notably, Corey Taylor halted a recent show in California last month after things were getting too rowdy while the band was on stage, so it’s a reminder that having equipped and ready medical staff on site for situations like this is always paramount.

Knotfest SB was crazy fucking good. Mosh pits were so fucking rowdy, crazy good but some chicks started to get trampled & have seizures. Corey got mad, he stopped the song because people wouldn’t stop moving to get EMT In. from r/Slipknot