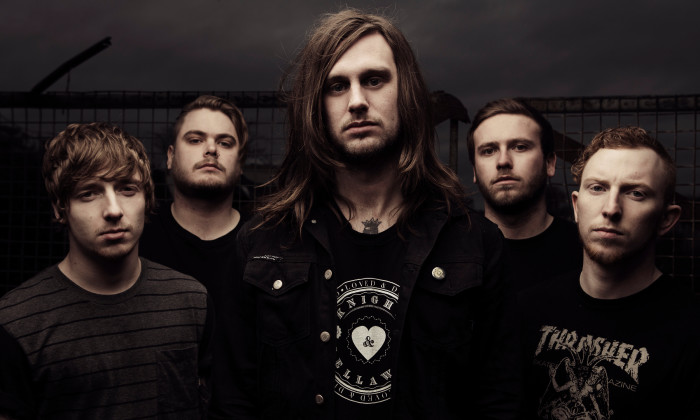 In the almost 2 years it’s been since I last talked to UK band While She Sleeps, anticipation for the follow up to 2012’s This Is The Six has built to a fever pitch. But why is the metallic hardcore band about to become superstars? They’re our band of the week here on TNF.

I’ll be honest and say I’ve unfortunately only heard 3 songs from their new album, which includes previously released singles like “Four Walls” – an album highlight for sure. Just based on the previously released tracks, this is going to be a banger of an album. In fact, it’s got the award for my Most Anticipated Album of 2015. The band has overcome a lot – namely vocalist Lawrence Taylor’s vocal issues, which kept the band out of the studio for months. If anything, that helped build anticipation for Brainwashed even more.

The new album drops in just over a month, but if the three tracks released so far are any indication, there will be no sophomore slump for While She Sleeps. In fact, they might top their debut.

Editor’s note, 03/24/15: The hype is absolutely real for Brainwashed. There is no sophomore slump to be found here, and no filler, either.