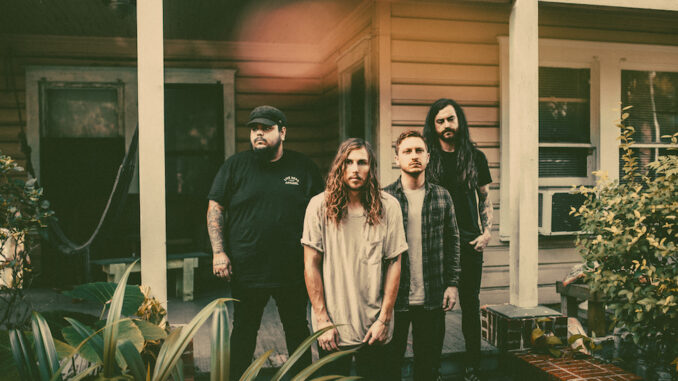 In 2014, California metalcore band Silent Planet issued an awfully impressive debut album, The Night God Slept. Containing an impressive amount of lyrical depth and poise for a young band, the record eventually saw the band working with the likes of guest vocalist Spencer Chamberlain (from some band called Underoath), playing Warped Tour, and even headlining their own sold-out tours all started with this album. However, plenty of things have changed since then – the band’s size, as well as skills behind the instruments. It’s with that said that Silent Planet will be releasing a re-recording of their debut album next month, and the band has shared two updated/re-recorded new songs from the album as well, “Wasteland” and “XX (City Grave)”.

The re-recorded debut LP will be released on January 24th 2020 via Solid State Records. Notably, the album didn’t chart in the Billboard Top 200 upon its release, but The Night God Slept’s hype surrounding it did enable their 2016 sophomore album, Everything Was Sound, to more than triple their previous first-week sales. The album itself is still awfully impressive for a debut record, touching on issues of war, violence, faith, and mental health. And that’s just the lyrics! Buoyed by a bouncy and intriguing progressive-leaning metalcore sound, it’s no surprise that this record was a launching pad toward greater things.