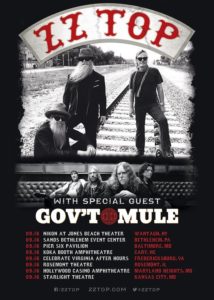 I had been anticipating this show ever since it was announced. Partly because I had never attended a show at the Pier Six Pavilion, but mostly it was because i knew that it was going to be one of the most important shows of the year for blues/rock fans like myself. And I just want to say real quickly that this is now perhaps my personal favorite venue to not only attend, but photograph at as well. The setting is ideal for any medium/larger tours coming through, essentially regardless of genre.

As i arrived outside the Pavilion an hour or so before the first band would take stage, it was fairly evident just how important of a show this was. The parking lot and venue grounds itself were already nearly packed out, filled with blues and rock fans alike readying themselves for what was to come.
–

And right on the 7:30 dot, opening act and iconic southern jam group, Gov’t Mule took the stage. At first though, with as much history and music that has come through this band, it was incredibly hard to envision them as the opening act. But don’t let the opening slot fool you, Gov’t Mule surely performed like headliners. Fusing a classic brand of southern rock and blues with their own unmistakable tone. Showcasing incredibly captivating melodies, Haynes’ signature solos, and infectious rhythms alike, it was impossible not to be submerged into it all. The highlight of the set for me was without a doubt their cover of Ann Peebles’ ‘I Feel Like Breaking Up Somebody’s Home’, for which they invited up prominent saxophonist, Ron Holloway. By the end of the Mule’s set, there wasn’t a single person in the entire venue not up and moving one way or another. 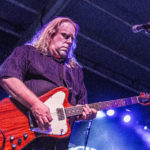 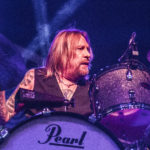 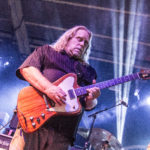 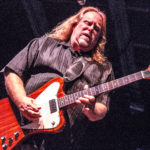 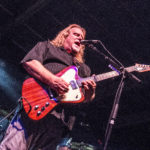 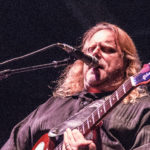 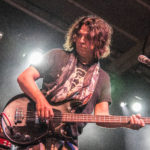 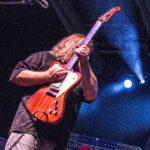 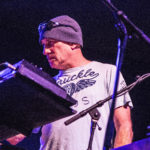 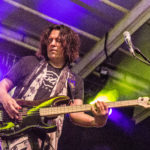 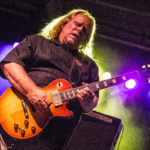 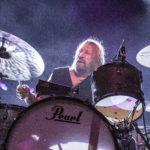 As Gov’t Mule finished and unloaded from the stage, the anticipation grew immensely for what was about to happen. After the half hour wait the legendary Texas trio, ZZ Top took the stage for ninety minutes of blues/rock at it’s finest. I had been listening to ZZ Top most of my life (23 years old) ever since i can remember my parents showing me ‘La Grange’ and ‘Sharped Dressed Man’ years and years ago. And while i had unfortunately never been able to see them live before now, I couldn’t help but notice just how incredibly loud and powerful their playing was in person. Frank Beard and Dusty Hill‘s thundering bass and drums echoed throughout the venue as the entire crowd danced and sang along to every word of every song. And I must say that it was remarkable to see the iconic Billy Gibbons up close in person, who at sixty six years old can still out-shred, out-play, and out-perform musicians a third of his age. Showcasing a set filled with iconic covers from Jimi Hendrix, Elvis Presley, Robert Petway and Merle Travis, as well as the roster of classic hits, ZZ Top had the audience captivated from the very first note til the venue last. The Texas Trio ultimately ended their set with an enthralled encore of Elvis Presley’s “Jailhouse Rock”, send the crowd off chanting their name and wanting even more. 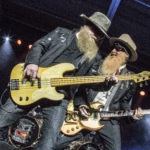 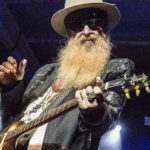 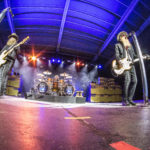 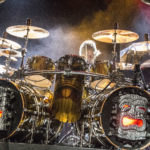 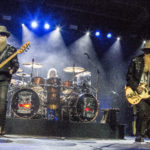 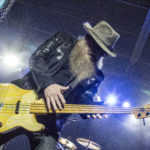 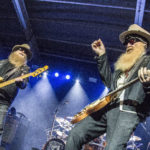 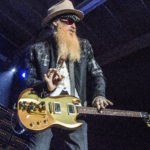 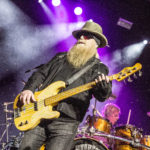 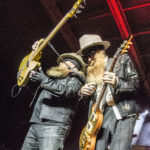 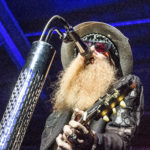 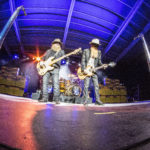 Overall, ZZ Top and Gov’t Mule put on one of the most powerful one-two punches in any concert I’ve personally ever attended. As much as I love a wide range of different genres and styles of music, this further reminds me how there’s just no other show like a great blues/rock show.
–

1)Blind Man In The Dark
2)Larger Than Life
3)Birth Of The Mule
4)Million Miles From Yesterday
5)Brighter Days
6)Like Flies
7)Captured
8)I Feel Like Breaking Up Somebody’s Home (Ann Peebles cover) feat. Ron Holloway
9)Broke Down On The Brazos