We arrived at the State Theatre in St Petersburg, FL about an hour before the doors opened, only to find maybe ten people total in line, while that was disheartening, I was glad to see a good amount of people showed up in time for the first band.

Up first were an up-and-coming band from California, Night Verses. I’ve had people tell me to check this band out for the last couple months, but for whatever reason never got around to it until this show, and after seeing them live I definitely understand the hype. Night Verses flat out blew me away, their vocalist Douglas Robinson put on one of the most energetic, chaotic and passionate performances I’ve ever seen from a frontman, the rest of the band were extremely tight as well. I have never seen a fairly unknown opening act win the crowd over as quickly as Night Verses, do yourself a favor and go pick up their debut album, “Lift Your Existence”, you won’t be disappointed.

Up next were Canadian progressive metalers, Intervals. Originating as a 3 piece instrumental band, they’ve since hired on a vocalist, and I’ve become even more of a fan since. As soon as the band kicked into “Ephemeral” I was hooked, completely admiring the band’s technically and musicianship, especially from their drummer, Anup Sastry. Mike Semesky is becoming one of the finest vocalists in the genre, his addition to the band has furthered their progression, overall strengthening their music and live performance. My only complaints are the unfortunately short set, and that the venue’s sound wasn’t all that great during their set, as well as for the band that were to followed.

Now it was time for The Safety Fire. I’m not sure if it was the venue, or just the spot in the venue i was standing , but the sound during this band’s set was nearly awful, especially from the vocals, and even though it wasn’t the band’s fault it made it harder to enjoy their set. About halfway through The Safety Fire’s set is when the crowd really started to get going, there was even a decent sized pit going for their last couple songs, and the band seemed very enthusiastic and somewhat pleasantly surprised .The band’s overall performance was incredibly solid, I just wish the sound had been better for them.

Now it was time for the band I was mostly looking forward to seeing, Battlecross. Battlecross put on one of the most energetic and incredibly fun live performances I’ve ever seen, and as soon as the full band kicked into “Force Fed Lies” the chaos ensued. Battlecross are the epitome of a modern heavy metal band, displaying infectious grooves, blazing guitar solos and straight forward crushing drums, it’s impossible not to lose your mind when you see them live. The highlight of the show for me was Don Slater’s bass solo during “Push Pull Destroy”, the crow went absolutely crazy during it. Overall, Battlecross put on one of the best live performances today, if they come anywhere near you, I recommend you to not pass it up.

And now it was time for one of my absolute favorite bands, Protest The Hero. This was my fourth time seeing this band, and they somehow manage to get musically tighter with every tour, especially when it comes to their guitarists, Luke and Tim, I haven’t seen very many guitar duos that are able to harmonize as well as they do. it didn’t take long for Protest The Hero to get the crowd going, kicking it off into “Hair-Trigger” and going right into “Underbite”, the band wasted no time while the crowd became rowdier by the minute. I have to give it up to the band’s new drummer, Mike Leradi, the band’s original drummer, Moe Carlson is one of my favorite drummers to watch, so I was definitely sad when I found out he was no longer in the band, but Mike has definitely stepped up on these last couple of tours, he plays like he’s been in the band for years. My favorite thing about going to see Protest The Hero live will always be Rody Walker’s rantings, he had the entire crowd laughing on more than one occasion, and I guess it’s become a “thing” now where fans bring him gameboy games and masks/costumes to put on, which makes it all the more oddly funny.

Overall, this was one of the better tours to come through FL this year (so far), I definitely look forward to seeing all these bands again.
— 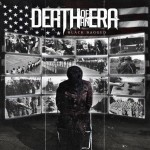 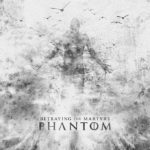 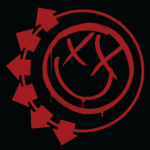