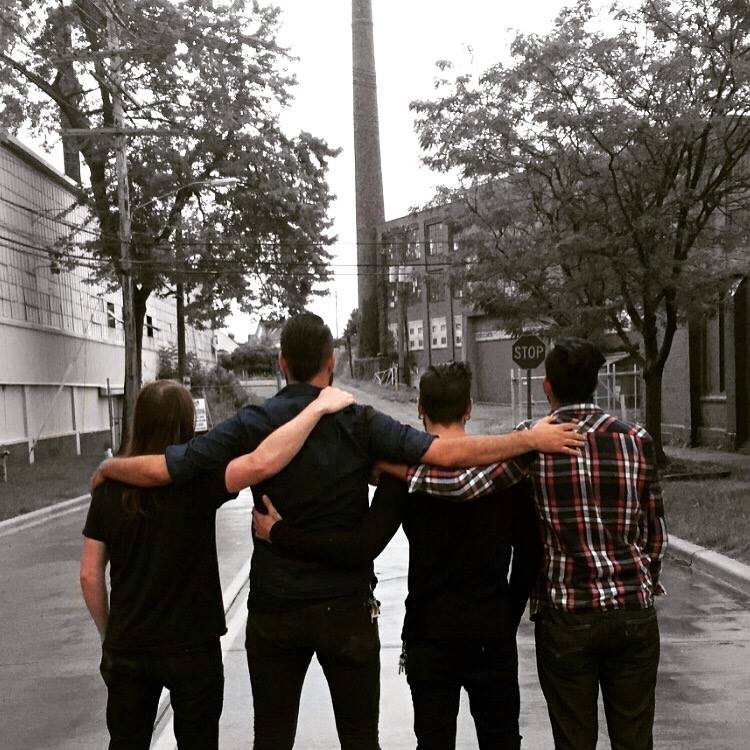 Ohio metal band Affiance holds a special place in this writer’s heart. Before TNF ever existed, I got my start on a little site called Introduce Yourself Magazine (and before that, IMS Zine). This was 5 years ago this month that I covered my first tour for the site, a tour which also featured Serianna, Us From Outside and Sirens And Sailors. Having not been super familiar with the band at the time, I did know that the few songs I had heard off their album at the time (2010’s No Secret Revealed) were more than just your typical metalcore band – Affiance was a band that was clearly influenced by power metal and classic metal bands like Iron Maiden.

Sadly, the band has broken up now after 10 years as a unit. But it’s clear that the band deserved so much more – even though they accomplished so much.

Though they’re calling it quits now, Affiance released 3 well-received albums and an EP (2016’s Gaia), and though the band didn’t quite break through to the mainstream, they embarked on many successful tours, including a fairly recent tour supporting Killswitch Engage and Protest The Hero. This, in addition to filming music videos like “Fire!”, are tremendous accomplishments that only a select few bands can lay claim to.

More than that, though, there were a truly hardworking band in a saturated market – yet truly thrived, and worked for every opportunity they ever received. The band brought it live, whether 5 people were in attendance, or 500. Their music wasn’t phony and it didn’t seek to fit a trend – it was simply Affiance. And I am genuinely proud that they were the first band I ever interviewed. I can’t think of a more fitting way to get my start.

It all started with an iPod Touch 4G and a dream.

“GET UP OFF THE GROUND!” will always be my callsign in life.