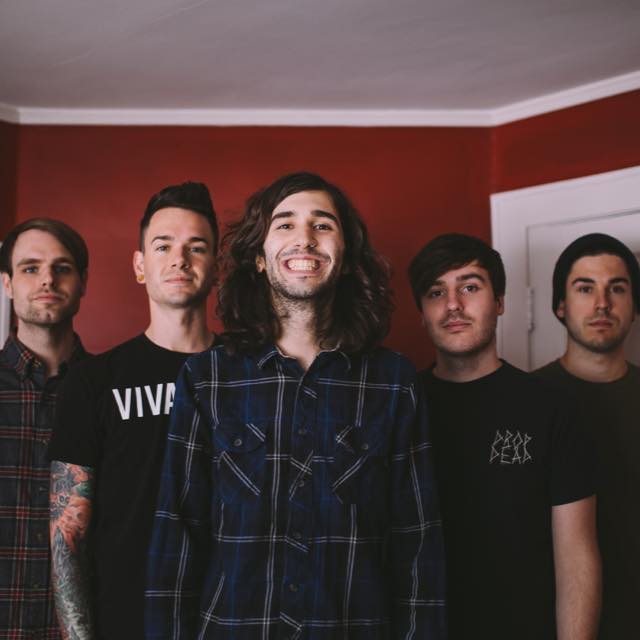 Pop-punk band Real Friends have announced a North American headlining tour, also featuring Broadside, Have Mercy, Tiny Moving Parts, and nothing, nowhere. As a huge fan of this genre, I’m extremely excited to attend. It’s going to be a banger for sure. I think we’ve all been waiting on something similar to be announced. You can check out the tour dates below – Have Mercy have also mentioned having a new album release in time for this tour, which is exciting.

Here is the official tour flyer. 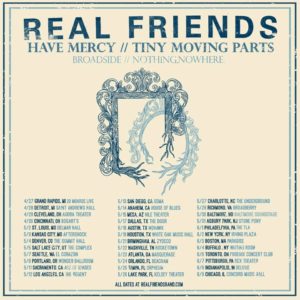 They’ll be starting in Grand Rapids (4/27) and ending the whole journey in Chicago (6/9). Presale tickets are available now; though, general admission/balcony/VIP tickets won’t be up online until Friday, January 20, 2017. Pricing varies, but the standard limit is between $20-35 dollars. The VIP package includes 1 ticket, and a photo book by Real Friends- Volume I: Fall 2016. Be sure to stay tuned for Friday with tickets being released.