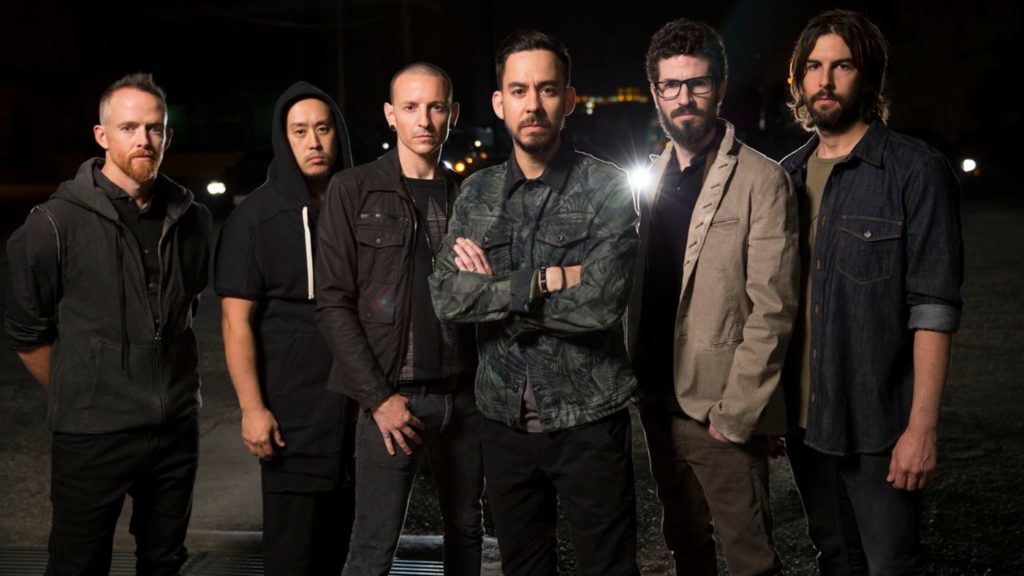 Imagine being a member of Linkin Park (well, Xero or Hybrid Theory) in the late 1990’s. You’ve been rejected by every major label under the sun, A&R reps are leaving your shows midway through the set, and you’re sleeping on couches working jobs that you hate in order to fund the recording of an EP that you wonder if anyone will actually care about. In short, you’re facing the same struggles as every up and coming band since the beginning of time, wondering when your big break would come. The greatest and most popular bands of all time faced this constant rejection – U2, The Beatles, even The 1975 – and there will be plenty more to come in the future.

Linkin Park rose above, though. Time has a funny way of making these rejections look foolish. The late Chester Bennington was a role model that fans could look up to, as well as an embodiment of “the struggle”. Whether that was substance issues, anger problems, or even mental health problems, Chester and Linkin Park as a whole provided a sort of catharsis that many similar acts simply did not have at the time. A timeless sound, songwriting abilities, and fearlessly evolving their style over time gave Linkin Park much more substance than anyone thought possible for a nu-metal band. Linkin Park, essentially, was for everyone.

We’re here to take you through the band’s evolution, from their initial demo tape, to their 2017 album One More Light. In between, we’ll examine Linkin Park’s history, their evolution, and how time truly changed the band for the better. Buckle up, this is a lengthy read.

Our A Beginner’s Guide To… series touches on the evolution and album cycles of beloved bands. If you missed our first edition of this series, check it out here as we discuss and dissect the evolution of revered post-hardcore veterans Glassjaw.

An extremely rare collector’s item today, the XERO demo was recorded with original LP vocalist Mark Wakefield in 1997. This demo EP is about as raw and underproduced as it gets, though Mike Shinoda’s rapping talent is evident despite the low quality. Most of “Rhinestone” would be re-created as the track “Forgotten” from their debut full-length, Hybrid Theory, while “Stick N’ Move” would later be reworked into “Runaway” from the same album. 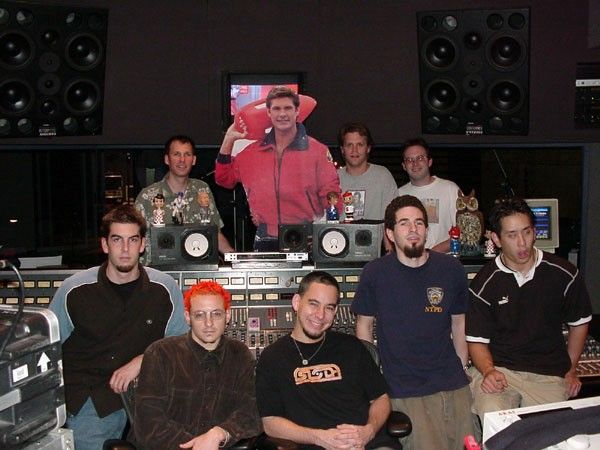 Before they changed their name to Linkin Park, they were still known as Hybrid Theory. Their self-titled EP contained several songs that were eventually reworked into future tracks, though some were only samples. “High Voltage” was remixed on their album Reanimation, and tracks like “And One” show the initial chemistry that Chester Bennington and Mike Shinoda had 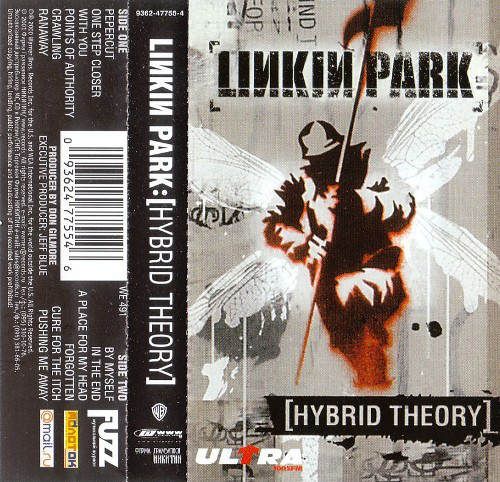 The dozens of record execs that rejected Linkin Park had to be shaking their heads when the band’s debut album hit gold by Christmas 2000, just 2 months after its initial release. Eventually, it went on to sell 30 million copies worldwide – and backed by massive, soaring anthems like “In The End” and “Crawling”, who was truly surprised? Hybrid Theory was an authentic mashup of rock, rap, and electronic music that didn’t mess around with macho posturing or excessive profanity. Hybrid Theory was an emotionally-driven near-masterpiece, and it connected with just about everyone. And don’t forget incendiary cuts like “A Place For My Head” and the emotive closer, “Pushing Me Away”.

Linkin Park’s Reanimation was the band’s first remix album, created right before LP recorded their sophomore record. Featuring other collaborators like Korn’s Jonathan Davis, Orgy’s Jay Gordon, and many more, the album features tweaked (and arguably better) versions of “Points Of Authority” and “High Voltage”, among others. Reanimation was an interesting experiment and remix album that proved to expand the band’s electronic and experimental palette in future albums.

A little more of the same, a little more daring experimentation was in the cards on sophomore record Meteora. Linkin Park’s songwriting is in top form on this record, but when you consider that the band should have been crushed by the weight of expectations of following up a hugely successful debut record, Meteora is even more of a resounding success. Bold songwriting choices like the highly gripping and emotional “Breaking The Habit” stripped back the guitars for more electronic vibes, but make no mistake, this is still a rock record. The incendiary “Lying From You” and the mid-album anthem “Faint” are just two of the choice cuts here. The interplay between Mike Shinoda and Chester Bennington is nothing short of prime on Meteora.

On their 1999 song “Step Up”, Mike Shinoda rapped that “rock and hip-hop have been collaborating for years”. He couldn’t have been more on point – the two seemingly disparate genres of music had worked together in spots for around 20 years before Collision Course was released. On Collision Course, however, both Linkin Park and Jay-Z’s tracks were reworked into something highly memorable. While “Numb/Encore” may have won a Grammy award and topped the charts as a massive hit single, it’s “Points Of Authority/99 Problems/One Step Closer” that sometimes flies under the radar. It shouldn’t. The track is a seamless mashup of 3 of LP and Jay-Z’s best known songs, and while the original songs are evident in the overall sound, the mashup sounds like a brand new track.

Minutes To Midnight, released a whole 4 years after Meteora, was a stark departure from the band’s rap-rock past. It also wasn’t necessarily a bad record, but wasn’t nearly as well-received as their previous two. That being said, there are impressive tracks here. Bookended by the explosive metal assault of “Given Up” and the U2-influenced, 6 minute+ “The Little Things Give You Away”, Minutes To Midnight still has plenty to say despite its stylistic departure. “Bleed It Out” is also a standout, and while the album would have benefited from more Mike Shinoda, “In Between” satisfies that craving well enough. 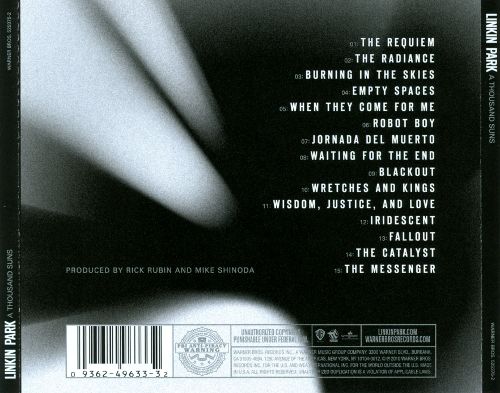 The release of the 2009 single “New Divide” signaled yet another sea change for Linkin Park, this time going in more of an electronic rock direction. Written specifically for Transformers: Revenge Of The Fallen, it expanded LP’s audience even further into the mainstream, and remains one of the band’s most iconic songs. It’s these genre shifts that constantly kept Linkin Park evolving and notable.

A Thousand Suns is probably Linkin Park’s most misunderstood record. It expands the band’s sonic palette even further, as it’s the band’s first concept album. The album also experiments with heavier hip-hop themes, like on album standout “Wretches And Kings”. There’s even a little reggae and 311 influence on the hook-filled “Waiting For The End”. A Thousand Suns is also a polarizing record – you need only listen to the back-to-back songs “When They Come For Me” and “Robot Boy” containing massive dub and hip-hop swagger and soaring pop choruses, respectively – but this record is worth revisiting just because of its ambition, and the way it flows so well. It’s nearly impossible to not feel something when “Iridescent” comes on. Of further note, “The Catalyst” is one of the biggest, boldest singles recorded by a major-label rock band, and you can hear a lot of its influence in newer bands like Starset.

Living Things is another fairly standard electronic rock affair. The album doesn’t really evolve the LP sound as much as it does satisfy their fanbase, but tracks like “Roads Untraveled” and “In My Remains” do prove themselves to be capable, especially the former, as it features Mike Shinoda singing. His voice remains a very underrated aspect of Linkin Park. The best track on Living Things, by far, is the explosive and emotionally-driven “Lost In The Echo”. The song is a great way to open the album, to be certain, and the interactive video is unique as well. 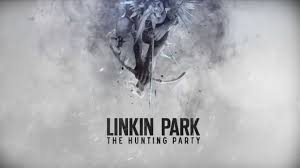 The Hunting Party is arguably Linkin Park’s best non-HT/Meteora record. It’s LP at an aggressive level that wasn’t seen since 2003’s Meteora. There are multiple songs worth mentioning here. The final two tracks, “Final Masquerade” and “A Line In The Sand”, are two of the most important Linkin Park songs, period. The more emotional and tempered alt-rock songs are balanced out by the band’s most explosive material to date, specifically album opener “Keys To The Kingdom” and “War”, the former of which is jaw-dropping upon first listen in a way not heard since “Given Up” in 2007. Meanwhile, you have multiple guest stars on the album, including SOAD’s Daron Malakian on “Rebellion”, and Helmet’s Page Hamilton on “All For Nothing”.

In terms of musical complexity, The Hunting Party is Linkin Park’s most impressive album. Listen to the first half of the album, especially the aforementioned tracks. Drummer Rob Bourdon and guitarist Brad Delson are really pushing the limits of their musical abilities on “Mark The Graves” and “Rebellion”, as they’re fueled by a punk-rock sensibility that puts their talents at the forefront of the songs.

One More Light is Linkin Park’s foray into what is essentially pop music. It’s surely not the band’s best work, but there are a few hidden gems here. For one, Chester Bennington’s voice lends itself well to this sort of major genre shift, as evidenced on the crushingly effective title track, while “Good Goodbye” features rising rapper Stormzy and veteran Pusha T, who both add an interesting hip-hop flavor to the song.

Nobody can accuse Linkin Park of staying stagnant. Despite the often polarizing and shocking musical changes they underwent over the years, their transition from young rap-rock stars to a confident, electronic rock band that embraced new ideas is something to appreciate. No matter what path Linkin Park takes in the future, it’s clear why they are a cultural touchtone, and didn’t fade away like almost all of their peers. 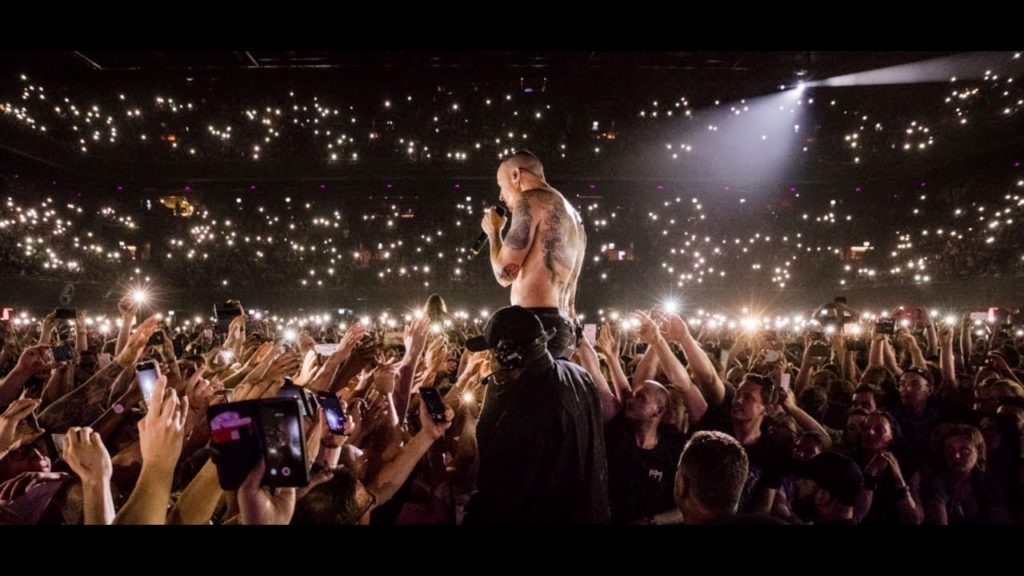