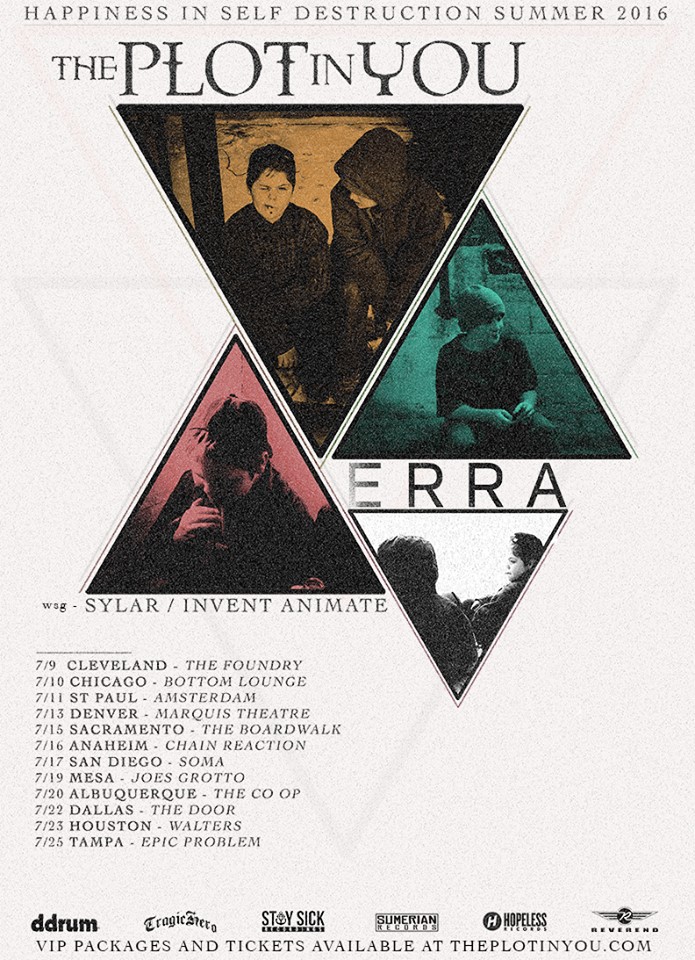 It’s safe to say 2015 was a great year for metalcore band The Plot In You. They released one of the darkest metalcore records of recent lore in Happiness In Self Destruction, and now the band is embarking on a headlining tour to support the release. You can check out a partial list of dates below – the band’s Twitter mentioned there would be more incoming dates. Erra, Sylar, and Invent, Animate join the tour as well – Erra recently released their fantastic album Drift, and Sylar/Invent, Animate have new material coming soon. It promises to be a great tour if it’s coming to your city.