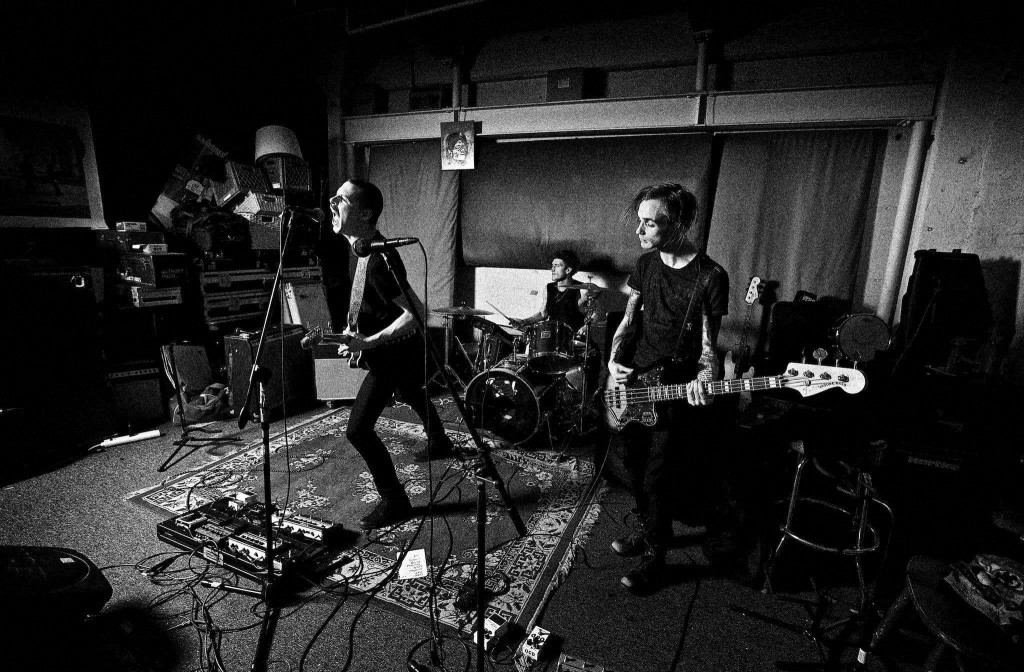 They opened eyes and ears while opening for AFI – and now you can get to know them a little better in this interview. The band, you ask? Coming. As in, they’re coming for you. PS: They love Saves The Day. Follow them on Facebook.

Please introduce yourself and the band you play in.
-We’re called Coming. Dustin plays guitar and sings, AJ plays drums and Billy plays bass.
What’s the response from new fans seeing you for the first time on this tour?
-The smart ones get it, never been a majority.
Is being on the AFI tour the highlight of your musical career so far?
-Considering that we’ve only been a band a little over a year, yes. It was also awesome to share the stage with Touché Amore and Youth Code. We’re proud to have released three EPs in that time as well.
For the uninitiated, what exactly defines the COMING sound? How would you describe it?
-Shadows, clangs, and abrasive throbbing primal discontent.
I’ve heard you’re putting out a new record soon. What can we expect to hear from it?
-More melodic, heavy, and anthemic? Who knows though, we’re still in our infancy, still discovering what we’re capable of. Our newest EP Trust Incorporated is on a whole other level from our first two releases so it’s really a mystery what will come out if this machine.
If you were stranded on a desert island and could only bring 5 albums with you, what would they be and why?
Saves The Day – Through Being Cool
Saves The Day – Stay What You Are
Saves The Day – In Reverie
Saves The Day – Ups And Downs
Saves The Day – Can’t Slow Down
Because emotion.
What sort of music did you grow up listening to? What does your family think about you being a musician and on the road?
-We all grew up in an orphanage listening to the same 10 classical records over the PA every day. Our only family is the road.
What were some of your favorite albums of 2013?
The Knife – Shaking the Habitual
Katy Perry – Prism
Youth Code – S/T
Dreamdecay – NV
If you could bring back 1 band/musician from the dead, who would it be and why?
Jay Reatard, because we never got to see him.
Anything you’d like to share with your fans, friends, and family?
Dear No One……..
✕