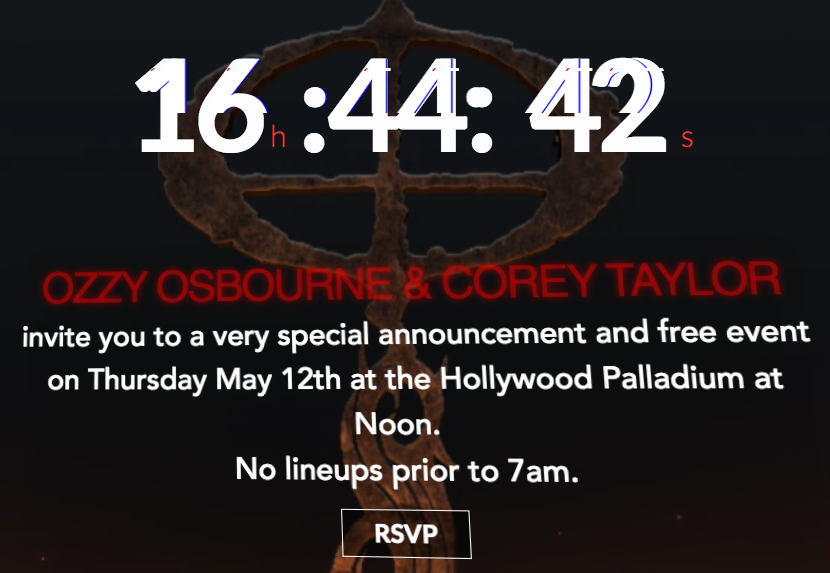 Over the past couple of days, we have been following the story of Corey Taylor of Slipknot & Ozzy Osbourne of Black Sabbath announcing that they will be speaking at The Palladium in Hollywood Thursday May 12th at 12pm noon via a free event. Just a couple of hours ago, Slipknot posted a link to their facebook page which leads to a website titled http://maytwelfth.com/!

The link leads to a website which displays a counter to Thursday & combined Ozzy & Slipknot logos, both of which are symbols used for Ozzfest & Knotfest. There has also been an official facebook event page created where you can RSVP here: https://www.facebook.com/events/1012019808889160 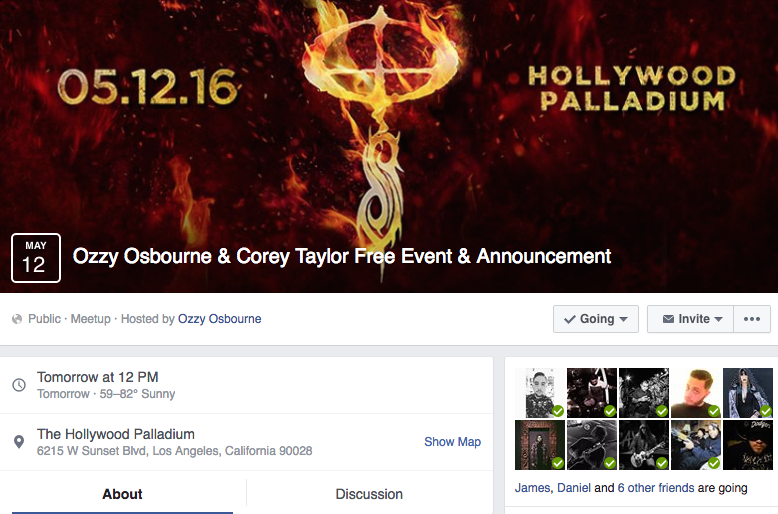 The event states “No Lineups prior to 7am” which hints that there may be performances tomorrow at The Palladium. There is a lot of speculation on what will be announced tomorrow, what do you think? Let us know in the comments below & share!