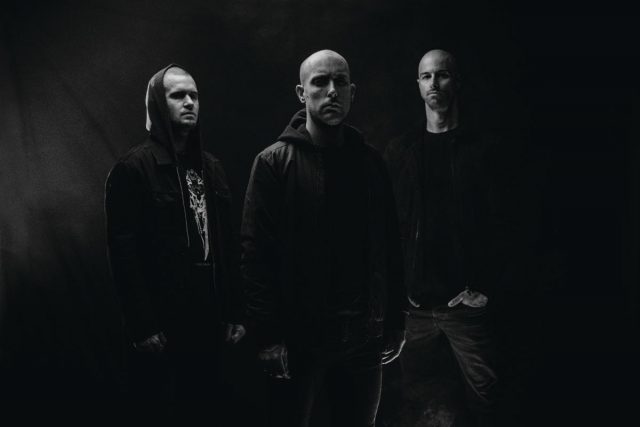 New Zealand-based death metal trio Ulcerate will unleash their anticipated sixth album, Stare Into Death And Be Still, April 24th. The band, who have released some of the most intriguing albums in all of extreme metal throughout their career, have also released a new song in the form of the album’s title track. With a more melodic edge than longtime Ulcerate fans might be used to, the band’s new song is one to pay attention to.

The unmistakable sound of ULCERATE finds its emotional apex on Stare Into Death And Be Still, as the band emerges from the claustrophobia and dissonance of their recent past to present a next-level exploration of melody, harmony, and power. The band’s signature, ultra-atmospheric blend of unorthodox death metal with the textures of futurist black metal is here pared-down with the consummate hand of experience, giving stunning credence to the riff, the song, and the meaning.

Thematically, the album explores the concept of “death reverence” – drawing on recent personal experience to confront the truism that death and tragedy aren’t always sudden or violent, that people are often passive observers trapped “in the silent horror of observing death calmly and cleanly”.

Stare Into Death And Be Still is the deepest, purest, and most meticulous form of ULCERATE: a soul-searching conflagration of atypical melodicism, immaculate virtuosic dexterity and sublimated psychological upheaval. A breathtaking new beginning for one of the most uniquely talented bands in extreme music.